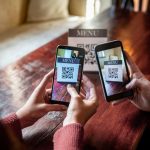 There’s an elegance about a restaurant menu. It doesn’t matter if it’s a Michelin-starred, white tablecloth spot or a neighborhood burger joint.

You’re greeted, led to a table and handed a menu. It may be styled in brilliant red with gold embossed lettering. Or it may be computer printed and inserted into a folder that also held yesterday’s menu. Either way, it’s a welcoming display of all the things the chef has prepared from which you may choose. What matters is that you and your table mates can browse the dishes on offer, discuss them and put the menu aside while enjoying a pre-dinner cocktail. Then you can return to the menu and choose from the previously narrowed-down possibilities. The

A menu is a guide that may recall past meals or lead you to things you’ve never before tasted.

When our great nephew visited from England while still a teen and an aspiring chef, he collected menus from many restaurants up and down the state. Some inscribed the menus personally to welcome and acknowledge him. He has long since abandoned his desire to be a chef. But he keeps the menus as reminders of a great trip.

It’s more than nostalgia that I feel when I thumb through George Geary’s L.A.’s Legendary Restaurants and see menus from Scandia, Perino’s, or C.C. Brown and recall times at those palaces with Jennifer, our sons, or before that with my dates. They represent pieces of the mosaic of who I am today. Whether it’s today’s menu at Melisse, Panzanella, or Millie’s Coffee Shop, it says, “We care about you and we’re here to serve you.”

I love carne asada. It’s what I’m most likely to order at a Mexican restaurant, which is exactly what I thought I was doing at a recent lunch with a friend in downtown Los Angeles.

Carne asada is marinated and grilled skirt steak, usually served with rice and beans, sometimes with an enchilada and grilled green chili and a choice of flour or corn tortillas. It’s the closest thing I can find in the U.S. to the steak Tampico I devoured in Mexico City many years ago. But, other than the steak and tortillas, the carne asada I was served at that recent lunch in L.A. didn’t include any of these things other than the steak and tortillas.

There were no printed menus at that restaurant. Just those funny looking QR code things atop the tables. Before I realized we would not receive menus, my friend took out her cell phone and scanned the QR code. She put the phone on the table and turned it to me. I scrolled quickly through the offerings. When I got to carne asada, I said that’s what I would have. There was no description of the dish on the smart phone menu. Just small letters listing a succession of Mexican dishes. But I didn’t need a description. I knew what carne asada was. Except this time it wasn’t.

I was served a nice piece of well-seasoned skirt steak. But no rice or beans, no enchilada, no grilled green chili. Instead, the steak was accompanied by a portion of tasty grilled corn that had been removed from the cob and a vegetable side that was mostly zucchini. Had I known this, I would not have ordered the carne asada. Had there been a printed menu with a description of the item, I might have known. When I got back to my office, I checked the restaurant’s website menu and found the dish described just as it was served to me.

Carne asada translates to grilled meat. So, technically, that’s what I was served. But Mexican restaurant aficionados expect something different. Printed menus usually include a description of the item on offer. One can turn the pages on a printed menu to get a full look at what’s available. A QR code accessed by a cell phone that brings just a list of items doesn’t cut it. To compare various items on a QR code-accessed menu involves a lot of scrolling up and down while your table mate sits and watches and you grow more self-conscious. Of course, you can use your cell phone to pull up the restaurant’s website and search a more expanded version of the menu if you don’t mind keeping your companion waiting for you to finish. After perusing a printed menu you close it and lay it on the table. That’s how the server knows you’re ready to order. Doesn’t work with a cell phone, unless maybe you turn the little QR code card face down.

The QR code in place of a menu took hold during the COVID pandemic of the last two-plus years. It made sense for avoiding possible transmission of the disease by touch, though not much sense when considering the short life of the virus on surfaces. Many restaurant owners fell in love with the idea. No more spending on printed menus and replacements when the offerings or prices change or a customer splashes marinara on it. It also allows restaurants to change prices throughout the day as demand shifts between off hours and peak hours.

A QR code is cold and mechanical. It imparts a sense of hurry. Don’t compare different items on the menu while your companion sits idly by, the QR code screams. Just pick something, order it, eat it, and move on. None of the stability or permanence of a printed menu. Do you know anyone who collects QR code cards?

Some good things came to us of necessity and convenience during the pandemic. I hope sidewalk dining becomes a permanent feature of the restaurant scene here as it is in France, Italy and other European countries. Two quasi restaurants serving freshly cooked Mexican food appear daily at a gasoline station near our home. One is there from the breakfast hour through lunch. The other arrives later in the day for dinner. These places create a social dynamic when strangers, neighbors and passersby gather. Elsewhere in the city it’s other ethnic dining opportunities. I hope they continue to expand and survive. They bring a human interaction to an impersonal city.

People began to cook more at home during the pandemic. It would be nice if that continued. I’ve spoken with a number of people who brought their children into the kitchen to cook with them, some as young as their pre-school years and some in their teens. Wonderful. People became more aware of the products they purchased for home cooking and probably ate more healthy meals when fast food joints were shuttered.

But the QR code menu? It can’t go away quickly enough to suit me.