IF WE CAN’T TRAVEL TO OTHER COUNTRIES, WHY NOT BRING THEM TO US / a culinary journey without leaving home 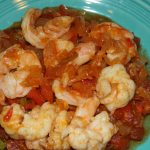 527 home cooked dinners in 544 nights … then we tried something new.

For 18 months I’ve cooked dinner for the two of us virtually every night. In one stretch, starting March 16, 2020, I cooked dinner at home 340 consecutive nights. The string was broken when I got a mild case of stomach flu and didn’t feel like cooking. The next night I was back in the kitchen.

Since that March night, when a pandemic shut things down, Jennifer and I have had dinner at a restaurant once. We brought restaurant dinners home twice and brought in pizza half a dozen times when we were in town. We made out-of-town trips to rented houses at Morro Bay, Lake Arrowhead, Lake Sammamish and Lake Tahoe. Of the 38 nights we spent on the road or at those houses, I cooked dinner 30 times.

I’ve prepared dinners from my food memoir Cooking for a Beautiful Woman. I learned more about Mexican cooking from Pati Jinich’s PBS show and her cookbook Pati’s Mexican Table. I’ve grabbed online recipes from other TV shows. I’ve done dinners from Jacques Pépin’s Heart and Soul in the Kitchen. I rummaged through old cookbooks and recipe boxes. I cooked beef cheeks for the first time and found Pati Jinich’s wonderful recipe for adobo pork shoulder.

Recently I found a new kind of culinary fun. With the pandemic still raging around the globe, travel as we love it is out of the question. We cancelled our trip to England and Wales last year and didn’t even begin to plan the trips to Italy, Spain and Portugal we hoped to take this year. Instead, I thought, if we can’t go see the world, why not bring the world to our kitchen. I would do dinners from five different countries in five nights.

I had been itching for shrimp ranchero and decided that Mexican entrée from my book would kick off the culinary tour. For the rest of the week I selected other recipes from the book. Tuesday would be beef stroganoff from Russia. Then shepherd’s pie from England, tandoori chicken from India, and finally a western bean pot from back home in the U.S.

Below is the recipe for the shrimp ranchero. You can get any or all of the other four recipes free by emailing your request to tabletalkatlarrys@earthlink.net Give me your name and email address and tell me which of the recipes you would like. Each recipe will include a brief story about its history and why it was selected for the book.
Beef stroganoff – Russia
Shepherd’s pie – England
Tandoori chicken – India
Western bean pot – United States

SHRIMP RANCHERO – Mexico
From Chapter Four “California, here I am” of Cooking for a Beautiful Woman
“She was 12; I was 10. She was the first Mexican person I ever knew and I tasted Mexican food for the first time with her family at their home. What a fuss her family made when they learned my birthday is on the Mexican holiday of Cinco de Mayo. They bought a birthday piñata just for me.”

Cut the shrimp in half lengthwise.

Heat the oil in a skillet. Add the garlic, onion and chili and cook over medium heat until the onion is tender but not browned. Add the shrimp, tomatoes and tomato sauce. Season lightly with salt and pepper. Cover and cook until the shrimp is no longer pink, about 5 to 6 minutes.