AS MORE RESTAURANTS CLOSE, LET US NEVER FORGET THIS DIDN’T HAVE TO HAPPEN 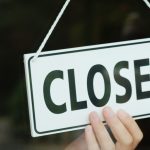 Measured on a scale of more than 165,000 dead, the loss of some of our favorite restaurants doesn’t seem like much. Until we remember the people whose lives are invested in those restaurants. The owners who operate on slim profit margins. The cooks, chefs, waiters, bus crew, bartenders, valet car parkers, greeters, and the suppliers and their employees.

In L.A. alone we’ve lost many favorites through the years. Scandia, Perino’s, The Brown Derby, Chasen’s, Romanoff’s… They closed because owners got tired of the grind, were worn down by age, or because the dining scene past them by. The names are legion. Now Patina at the Disney Hall has joined the roster, but for a very preventable reason.

This is different. Through no fault of their own hundreds of restaurants – some world famous, some neighborhood favorites – have had to shutter because of the callous mismanagement of the response to the coronavirus pandemic on the part of the national political leadership. Each of these restaurants was someone’s dream, someone’s livelihood, someone’s job.

Yes. There will be new owners of new favorites to come and we will learn to treasure them but we’ll always miss those that have been lost as we miss a long-lost friend. We won’t be able to accurately assess the carnage until the pandemic passes and we learn how many of our absent friends never return.

Around the corner from our house, an Italian restaurant opened shortly before the shutdown in March. Before we had a chance to give it a try, it was gone. They attempted to make it with takeout but lacking time to develop a local following, it didn’t work. They gave up and the same spot now is a Mexican restaurant facing the same challenge.

We lost our favorite restaurant anywhere when Biba closed in Sacramento. Biba’s death less than a year before was a serious blow. The pandemic was the knockout punch. Where did our favorite waitress go? How is she doing? Will we find her someday at another spot?

Then there are the lesser known victims, places closed and still paying rent. How long will they hold on before they too must hang out the “OUT OF BUSINESS” signs.

Let’s consider this a salute to those who welcomed us, fed us, cheered our celebrations. We extend every good wish to you personally, to your future, and to all those who were part of your team.

We know many people who are turning to take out meals as a way of supporting their favorite restaurants through trying times. Unfortunately, we cannot do that because of the extreme risk that exists in our household.

Let us never forget that this didn’t have to happen. The impact of the pandemic on our lives is the product of the criminally irresponsible actions of a President who spread false information, denied the situation, refused to marshal the forces of the federal government against the common enemy of the virus, cast the states to fend for themselves, abandoned small business owners and working people to the scrap heap of a failed economy, mouthed false hope of a cheerleader whose team trailed by 30 points with one minute left in the game, and today still refuses to confront the situation honestly.

I shall never forgive Donald Trump for the hell he loosed on our nation and it’s people. Even more, I shall never forgive those who voted for him in 2016 and will again this year. You are responsible for more than 165,000 deaths, millions of infected victims, masses of unemployed and failed businesses, not just restaurants but so many others in so many sectors of our society. May history condemn you to the rubble of a shameful memory.

On behalf of all those struggling to stay afloat and all those families who grieve, curse you Donald Trump and the minions who do your bidding.