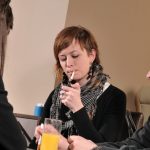 I want to take this opportunity to apologize to everyone whose meals I diminished by smoking at the dinner table in a restaurant. That includes not just my dinner companions, but also those who might have been at nearby tables and were not smoking themselves.

Many who read this will wonder what I’m talking about, as smoking has been banned in restaurants in most of the U.S. for up to 35 years. The exceptions are 16 states, mostly in the South, that have no statewide bans, although 14 of them permit local bans. Think of that. Such notorious smokers’ havens as Ireland and France don’t permit smoking in restaurants, but it’s OK to light up in 32 percent of the United States.

But I digress from my apology. I started smoking in 1956 for about as stupid a reason as one can imagine. I was going to a football game my senior year in high school. The temperature was going to be in the low 30s. I bought a pack of cigarettes to keep my hands warm. Twelve years later, I quit smoking. In between, I was a solid four-pack-a-day smoker and would get into a fifth pack if I was closing the bars that night.

It would not be possible to smoke that much and not cause discomfort for others.

At this point, I’m going to hide behind the “it-was-a-different-time” defense, because it was. I smoked from 1956 to 1968. Smoking was socially acceptable in those years. Everyone smoked in the movies, that is on screen. Smoking was not permitted in the audience for fire safety reasons. Everyone smoked at work. Everyone smoked in restaurants, bars and night clubs. Well, maybe not everyone, but enough of us to make it seem like it. We even smoked in clothing stores and supermarkets. No place was off limits except hospital rooms if someone was receiving oxygen.

Anyway, it was not uncommon for me and many others to enter a great restaurant with a cigarette already lit. We would order a cocktail and light another, then maybe another while scanning the menu. With the appetizer polished off, there would be another cigarette while we waited for the main course, another before dessert and finally one with coffee. Of course, an after dinner drink required yet another cigarette.

Why, oh why did none of you say anything?

Because the culture dictated that you just put up with it. Even Jennifer, the woman to whom I’ve been married for 49+ years and who never smoked in her life, didn’t say anything during the time we were dating. But I knew she didn’t like smoking and I gave up cigarettes forever as we set out on an eight-day cross country drive in 1968. That came after several earlier attempts to quit. But that time, I quit cold-turkey, four packs a day to nothing in an instant. With Jennifer’s comfort as motivation it wasn’t as difficult as it could have been, but it wasn’t easy. Seven years after I quit, I found myself reaching for my shirt pocket one day to retrieve a non-existent cigarette.

As is the case with many former smokers, I became an anti-smoker. In 1980 I was hired by Californians for Non-smokers Rights to manage a campaign to pass a law that would have required separate smoking and non-smoking sections in restaurants throughout California. The tobacco and restaurant industries teamed up to spend millions of dollars to defeat that law.

In that campaign, I became schooled in the dangers of secondhand smoke. So did the population of California. We lost the election by four percent, not because voters loved the tobacco companies, but because the opposition campaign convinced a slim majority that our measure was flawed.

The campaign activated and expanded a network of non-smokers’ rights organizations throughout the state. Those groups lobbied city councils and soon there was a patchwork quilt of different laws, sometimes in adjacent cities. It became burdensome for the restaurant owners, who then asked the state legislature for one statewide standard. That standard first became separate smoking and non-smoking sections and later became no smoking in restaurants.

Restaurants and bars that had predicted they would go out of business if smoking was banned, found their patronage actually increased as non-smokers became more willing to venture out.

I thought of all this the other day as I was driving from the farmers’ market to the supermarket and the guy in the Porsche in front of me was smoking a foul smelling cigar with the top down on his car. He was stinking up whole neighborhoods, just as I and others had fogged up whole restaurants.

The culture has changed in most places in the 39 years since that separate smoking sections campaign in California. Some of the remaining cigarette smokers may grumble; they may fudge the distance between the front door of a building and where they stand puffing away; they even may try to sneak a cigarette in an airplane restroom. But they wouldn’t think of lighting up in a restaurant.