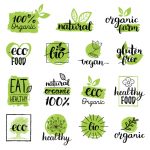 I generally give health enticements on processed food packaging the same credibility I do a politician who calls himself a genius. I assume both the packager and the politician are focused on the sale, not the merchandise (or the brains behind it.)

Which brings me to Cara Rosenbloom, who is neither politician nor a food processor. Rather, she’s a registered dietician and columnist for the Washington Post.

I don’t know what she thinks of political spin, but going by her recent article “How savvier shoppers see through misleading food labels,” we appear to agree on the pitfalls of accepting processed food pitches at face value.

I admit this is a processed version of Rosenbloom’s thoughts. While I tried to preserve their nutritional value, I encourage you to take your own look at the trade-off between the chemicals needed to guarantee shelf life and what’s best for your quality of life. Can a product last for months or years and still be good for you? Is there a difference between accurate and helpful? Between benefit and illusion?

Let’s start with feel-good sales words. No processed food-maker is pretentious enough to call its product “healthiest ever,” no matter what it thinks you might accept as fact. That doesn’t mean they aren’t determined to convince you what they’re selling is healthier for you than the competition.

That’s why you see emblems of good health on so many boxes or bags – words like “natural,” “organic,” and “no sugar added.” Rosenbloom, however, says these terms can be the advertising equivalent of empty calories because, for example, there is a big difference between no sugar added and no sugar.

Processed products can be loaded with sugar or high fructose corn syrup from sugar cane, corn or beets and still qualify as natural, no sugar added. But when a fruit juice drink has as much sugar as a soft drink, it doesn’t matter how the sugar got there.

She also says to beware of proclamations about the absence of ingredients. One bag of chips says no cholesterol. Another bag doesn’t. Which is better for you? Rosenbloom says there is likely no difference. Cholesterol comes from animals. All chips made from potatoes, salt and vegetable oil – and not from cows or pigs – are cholesterol free.

As for “organic”, it refers to how ingredients were grown. Organic wheat, corn or potatoes, when blended with mounds of sugar, salt and fat, is still junk food.

Rosenbloom also advises us to look closely at what happens to healthy food after processing, and at packaging that emphasizes the food’s origin over how it ended up.

For example, regarding veggie sticks which claim to come from plants like spinach and sweet potato and to be all-natural, Rosenbloom says, “a tiny sprinkle of vegetable powder infused into a crunchy snack is not the same as eating a serving of vegetables.”

She also reminds us that gluten-free may be healthier for people with celiac disease or gluten sensitivity. But for most of us, gluten-free means added fat and salt and less fiber, protein and minerals than the gluten-containing alternatives.

And Rosenbloom says any time a package says “smart,” it should be a signal to read the label more closely, as should the snack product that is “baked” rather than fried.

Here she points to baked chips. “In most cases,” she says, “both types of chips have about the same number of calories and the baked version often has more sodium to make up for the lack of flavor when the fat is removed. Plus the baked version is higher in starchy carbs. When you’re craving chips, go for a small portion of the real deal.”

We live in a world where packaging can overwhelm truth. So it’s good to check with unbiased experts. That would not be me. But it would be Cara Rosenbloom. She is the president of Words to Eat By, a nutrition communications company. You can learn more about her and her thoughts on the difference between health claims and healthy eating at https://wordstoeatby.ca.