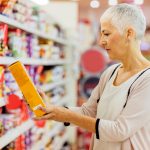 Modern life is full of why-didn’t-I-know-that moments, part of what Donna Leon calls “living in a world in constant discovery of its own ignorance.”

Even at my age, I concede that unexpected revelations may still await. Will I someday learn why an escalator handrail moves faster than its stairs? How many synonyms exist for thesaurus? What’s the maximum weight for skinny-dipping?

Perhaps I will. But one thing I didn’t expect to see on my list of unsolved mysteries was breakfast cereal. Most important meal of the day? I’d heard that. And generally believe it, right up until lunchtime.

Truth be told, I thought all I needed to know was on the nutritional facts label. How much fiber per bowlful? Depends on how many cartoon mascots are on the box. More cartoons = less fiber. My bias: Trust the animals over the elves and Cap’ns. Tigers and bunnies never lie.

Do Quakers actually eat oats for breakfast? Was there a General Mills? Do honey crisps get soggy? I figured I knew those answers too.

Turns out, there’s more to it. Did I even know what further information I needed? Fat chance. Till now. A recent article in the Washington Post suggests most refined grain cereals – no matter what the sugar content – do the same thing to your body.

Hardly what conscientious ingredient-readers want to hear. Corn flakes – sugar frosted or not – have the same effect? They do the same things in your bloodstream? That’s the idea.

Because whole grain or not, if it’s processed, that means it was prepared with one thing in mind – make it last a long time on the shelf. Which means get rid of the parts that spoil with age, which also happen to be the only parts with nutritional value.

Here’s a boiled down version of what the Post story’s author, Michael Ruhlman, says: When sugar enters the bloodstream, the hormone insulin sends it to its proper destination. Too much sugar all at once for the insulin distribution system? It gets stored as fat.

In Ruhlman’s words: “…refined wheat, rice and corn – what most mainstream American breakfast cereals are primarily composed of – is quickly converted to sugar on entering your system, requiring that exact same insulin response.”

So if enemy number one is refined sugar, refined-grain carbs may be its shady accomplice.  Together, they are the double-dealing, one-two punch of breakfast-eating transgressions – purveyors of nutritionally destitute first meals for millions of Americans.

This involves most boxed cereals. But it’s also about most toast, bagels, croissants, pancakes and the rest of the common morning foods made of refined wheat. Put sugar, honey, syrup or jelly on them? To your body, you just added the nutritional equivalent of sugar onto sugar.

And without anything in your morning stomach, all the sugar jams your insulin system and heads directly to your hips, chins or other common repositories.

This isn’t about recommending better alternatives like my steel cut oatmeal – high enough in fiber to help slow down the absorption of the sugar from the accompanying fresh fruit. Or as Ruhlman says in his article: “I am not talking about those outliers, those un-sweetened, multi-grain cereals…I’m talking about the vast majority of the cereal aisle.”

Your breakfast. Your choice.

This is simply admitting I’ve had a why-didn’t-I-know-that moment. You may be way ahead of me. This discovery of my own ignorance may be uniquely mine. But if we are both learning together, my recommendation is to look past the label. Figure out what healthy-sounding stuff, once it’s processed, does to you after you put the spoon down.