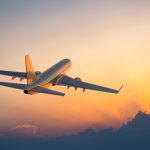 Home again, and mostly back to normal. Played golf, cooked dinners, watched the Dodgers, went to the horse races and thought about the trip. Two thoughts dominate:

1. The visit to the Normandy beaches on the anniversary of D-Day was life-altering.
2. I waited two years and didn’t get my suckling pig.

I began this trip curious about whether and how folks in France and England would react to Americans in the time of Donald Trump. During 21 days in France and England, I can recall only three mentions of Trump. One was by our tour guide at the beaches of Normandy on D-Day, another in a conversation with our niece, and the final one with two Democratic activists from Pennsylvania who we met at breakfast in our hotel in London the last morning of the trip. I think we can conclude the French and English have other, more localized issues to occupy their attention, things like terrorist bombings, vans ramming into crowds, massive apartment fires, and the U.K trying to figure out how to leave the European Union.

Now that we’re over an unexpectedly severe case of jet lag, let’s touch on some of the highlights (and lowlights) of the trip.

TOP FOOD EXPERIENCE – Sole Meunier in Calais. I had the signature dish, sole meunier sautéed in a lemon butter sauce. A spoiled American, I was surprised when I was served a whole fish, with only the head removed. “The biggest sole in the city,” the French waiter said as he set the plate in front of  me. I could have asked him to have the kitchen fillet the fish but that wouldn’t have been sporting. So, I picked up my fish knife and fork and went to work just as I’ve seen it done by waiters and by Jacque Pepin on television. It was the first time I ever filleted a whole fish and I must say I did it like a pro – four perfect fillets and not one bone left to enter my mouth.
This was the best meal of the trip, and not just because it was my first fillet. The fish itself was delicious and the potatoes served with it were heavenly. For a first course I had escargot in a garlic-butter sauce with flakey pastry. For dessert I ordered strawberries with a very light lemon sauce and I finished the meal off with a double espresso.

TOP TRAVEL EXPERIENCE – The beaches at Normandy on the 73rd anniversary of D-Day. The most moving travel experience of my life. I stood on the sand at Utah Beach and felt history sweep over me. I walked the sands of Omaha Beach, looked out at the roiling sea and envisioned the waves of American soldiers landing on the shore. I viewed the English Channel from the Nazi command bunker, saw craters from the Allied bombs, and visited the American cemetery. Current military personnel mixed with D-Day vets in their 90s at restaurants in Bayeux. If you ever have an opportunity to do this, by all means do it. No matter how many movies you have seen and books you have read, you cannot grasp the scope of what happened on those beaches in 1944 or the planning and strategy that went into it until you see it for yourself. If you can, do it with a qualified personal tour guide, not a group tour. I’ll be happy to connect you with our tour guide, who was excellent.

JUST PLAIN FRUSTRATION – Two years ago we had lunch at Rules, the oldest restaurant in London. Suckling pig was on the menu but it wasn’t ready at lunch time. I don’t recall what I had instead, but it was excellent. We promised to come back for the suckling pig next time we were in London. I haven’t had suckling pig since 2005 at Le Calandre in Padava, Italy. It hasn’t been on any menu I’ve seen since then, other than Rules two years ago. I made this Rules reservation four months in advance and checked the menu online regularly in anxious anticipation of the suckling pig. It was on the menu every time. But not the night we showed up there for dinner in June. I told the waiter I had been looking forward to this meal for two years. He told me the chef just decided to change things up. To compound the frustration, I ordered the marinated sardines for an appetizer only to be told they were out of it. No hardship, however. I had the grilled quail. If anyone knows of a restaurant in California that serves suckling pig, please let me know.

FOOD FUN – We finished the trip with dinner at the oldest restaurant in London after starting the trip at Le Procope, the oldest restaurant in Paris. It’s older than the United States, in operation since 1686. I had foie gras made with goose liver instead of duck liver and was reminded that foie gras in France is pate. For a piece of seared foie gras, I had to go to England, where it’s duck liver instead of goose liver.

THE RESTAURANTS –
Le Procope, Paris – Thomas Jefferson and Benjamin Franklin hashed out portions of the U.S. Constitution while dining here. Napolean left his hat here one night when he found himself without cash to pay for his meal. He never came back to settle the tab and the hat still is on display at the restaurant. The food is traditional French, with an excellent coq au vin.

Atlas, Paris – We hit this place our first night at the height of the season for all sorts of shell fish and we had a feast of oysters, welks, raw mussels, lobster, shrimp, and crab.

La Musardiere, Giverny – Indoor and outdoor dining at a hotel of the same name. Very good place for a wide variety of sweet and savory crepes or galettes.

Stratford-upon-Avon – All Shakespeare and all tourists all the time. Any number of restaurants serving decent food, but nothing special. Pubs are below average. The Garrick Inn, a pub, is loaded with history. The building has been there since the 1400s. But we tried twice to get in for dinner and couldn’t because it was booked up with tour busses. Jennifer pointed out that a place that caters so heavily to tour busses probably isn’t a place we would want to eat anyway.

Sharrow Bay Country House, Lake Ullswater, Lake District, England – A top notch fixed price menu. I had a wonderful duck entré one night and a not-so-wonderful lamb entré the second night. Jennifer had the lamb the first night and the turbot the next night. Faced with a third night and the same menu items, we cancelled dinner and had high tea at 4 p.m. I would have been happy with the duck again, but Jennifer couldn’t find anything she would want. Too bad. The hotel is wonderful, with magnificent views. The restaurant overlooks the lake. A few more options on the menu would have been nice.

High Tea at the Ritz, London, England – I learned – from Jennifer – the wonders of Assam tea from India. The sandwiches were very good, the scones even better and the pastries top-notch. Very pricey and very classy, with coats and ties required for men. Certainly, there’s something ritzy about the Ritz. Worth doing if you are boycotting the Sultan of Brunei’s Dorchester Hotel high tea.

Rules, London, England – Very upscale place but the dress code just says “no shorts.” Curious: no shorts, but miniskirts are OK. Sew a crotch into the miniskirts and you would have shorts, which would not be acceptable. Anyway, as with most of London, the air conditioning was largely inadequate. We had cocktails, appetizers, entrés and decided to pass on dessert because it was so warm in the place. If we ever go back to London and it isn’t during a heat wave, I would want to dine here again and let them know ahead of time how far I was traveling for suckling pig.

HOTELS –
Relais Christine, Paris, France – A wonderful hotel with a top-notch staff. Great location. Walk to The Louvre, Notre Dame or the Musée d’Orsay. Near Pont Neuf and underground transportation.

Les Jardins d’Helene, Giverny, France – A very nice bed & breakfast. Sandrine told us she is in the process of selling the place.

Hotel la sole Meunier, Calais, France – A dump. I got suckered in by the photo of the restaurant at street level. It looked very nice and turned out to be the site of my favorite meal of the trip. But the hotel upstairs is to be avoided. We stopped in Calais because we were taking the ferry across the channel to England the next morning. This hotel is a short taxi ride to the ferry terminal. There must be better options. Maybe the Holiday Inn a block away. But who wants to stay at a Holiday Inn in France.

Shakespeare Hotel, Stratford-upon-Avon, England – Don’t let the name scare you off. This is one of the nicer places in this tourism-driven city and within easy walking distance to the Avon river, restaurants, shopping and Shakespeare’s home.

Royal Park Hotel, London, England – This was the third time we’ve stayed at this hotel. It will be the last for several reasons. First, it’s gotten a bit long in the tooth. Second, it’s some distance to most of what we like to do in London – theatre, shopping, restaurants. Third, moving around London has become beyond unbearable and the location of this hotel has become an issue for us.

That’s about it for a mostly good trip with a few challenges along the way. Security in London has made it more difficult than ever to get anywhere, especially when a number of underground stations are closed for upgrades to the electrical system, as they were during our visit. Twenty-minute taxi rides turned into an hour.

Theatre in London is still one of the best reasons to visit. We saw an excellent production of 42nd Street at the Royal Drury Lane Theatre near Covent Gardens. Amazing how an all British cast lost all hints of a British accent and sounded as if they just came in off the streets of New York.

Pub food in England is pretty generally over-romanticized. Maybe a ploughman’s lunch or a full fry up for breakfast are still worth it. But order beef, lamb, pork, chicken, or fish and it will be doused in some kind of sauce that masks the taste of the food. Or is it simply a matter of my having been there so often that it isn’t new and exciting any more.

So, what’s next? We’ve seen everything and everyplace in England that we might want to see. I wouldn’t mind visiting Cornwall again. But no more big road trips. With relatives there, we will return. As for France, we have all of the south left to explore – the wonderful light in Provence, the wine regions … When we do, we’ll be sure to write about it.

(You can read this complete series here.)