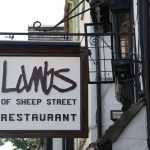 We are in Stratford-Upon-Avon, Shakespeare country, for two nights before we motor north to the magical Lake District of England.

Don’t you love the name – Stratford-Upon-Avon. It makes you think there may be some other Stratford someplace, like Stratford-Off-Avon. Avon, of course, means the Avon River of black-swans-on-the-Avon fame. Many years ago I took a photo of a reflection of enchanting Warwick (pronounced Warick) Castle in the Avon. It is one of the best photos I’ve ever snapped. But it was in the old film camera days, so I can’t post it here. An enlargement hangs on my office wall and you are welcome to stop by and see it. Better phone first, as I’m trying not to be there any more than what is absolutely necessary these days.

The Brits are wonderfully descriptive with the mother tongue. In the car on the way into London from the airport once, we heard a news report of a traffic accident involving a “bendy bus.” Wonderful. I knew in an instant what they meant. If a foreigner were to land somewhere in the U.S. and hear a report of an accident involving and articulated bus they wouldn’t have the slightest idea what had happened. Of course, in England that would be “the foggiest idea.”

See what I mean. Dessert is “pudding” whether it’s pudding, ice cream, cake, pie, or any number of other things. “Bangers” of course are sausages. A “lay by” is a place to pull off the road for fuel, a toilet, or lunch. When someone promises to “knock you up,” it simply means they’ll stop by for a visit and knock at the door. A bungalow is a private home. A flat is an apartment. And a chemist is a pharmacy.

I’ve learned all this and much more over the years of being married to a Brit, living with the language differences for nearly 50 years, and visiting the United Kingdom countless times.

I thought about all these things today as we drove up from the south coast and a five-day visit with Jennifer’s brother and his family. I say “we drove” as if I had anything to do with it. I navigated; Jennifer operated the car. She grew up here. She knows which way to look at an intersection. I drove for a few days at the start of our first visit many years ago, when we spent five weeks motoring around England, Scotland and Wales. After the first few days, Jennifer took over the driving for the rest of the trip. When I drive, we both are terrified.

Anyway, after getting us onto the A24 (highway) this morning and telling Jennifer to just stay on this road for 93 miles, I was able to look up from the Collins map book and admire the scenery. Except when Jennifer would interrupt every few miles and ask, “Roundabout, what do I do?” and I would answer, “Just keep straight on.” I actually said “straight on,” like a true Brit. I was using the Collins because our GPS lady had gotten us lost a few times earlier in the trip. This time her directions and mine were spot on. (There I go again.) As a matter of fact, after we made two wrong turns inside Stratford-Upon-Avon, the GPS lady got us found. So, she did a better job than I and Collins. But getting lost wasn’t very good for Jennifer’s stress level. Immediately upon arrival, she took a nap while I sat down to write this piece.

For a small island with so many people, England has a remarkable amount of green space. There are large plots for farming and lush green forests. We’d crest a hill and there would be a panorama of multiple shades of green as far as the eye could see, as long as I didn’t look up at the inevitable clouds. (In England, if you wake up to a bright, sunny day, it is advisable to take an umbrella.)

I thought, as we drove today, this has become a second home to me. We have driven this route many times before, usually when heading for the airport and home after visiting family. So many of the things we drove by and even some of the bends (curves) in the road were that familiar. I’m comfortable here, with these people and their funny words and expressions, their mediocre pub food, great butter, nice cheeses, fine beers, horrible coffee, and never-be-defeated view of life.

There is a tendency to romanticize British pubs. They’re fine as long as you order a ploughman’s lunch, tea and scones, or bangers and mash. But the beef and pork dishes probably will be over-cooked and drowned in some kind of sauce. There’s no predicting what kind of fish will be wrapped in the breading of your fish and chips order. I’ve found it to be that way at most of the everyday village restaurants as well as the pubs.

We had dinner tonight at a place called 9 Church Street, which appropriately is located in a building of that address. Jennifer was able to climb the steep staircase using her cane, but it took great effort. There are national laws regarding handicapped accesses. They are largely ignored, and given the age of some of the buildings, it’s understandable. The hotel in which we are staying is in a building renovated from before Shakespeare’s time. The floors slope, there are steps up and down in the middle of hallways and the elevator is in some far corner away from everything. Other buildings all around us date back to Henry VIII. You can’t easily retrofit these places.

The quirky menu was typical of what is found throughout the country, except in some of the celebrity-chef or fine dining places. I ordered “fried buttermilk chicken, toasted baby gem, Caesar dressing” for a starter. It was iceberg lettuce with a distinctly unCaesar dressing and four heavily-breaded McNugget type things. For my main I ordered something called “steak bavette with chimichurri.” It turned out to be skirt steak, which is my favorite cut of beef. I scrapped off the chimichurri and enjoyed the steak with some very nice French fries, (which in the U.K. are called chips).

Jennifer had roasted beets with whipped curds of goats cheese and then poached gammon, which is a piece of ham that has been smoked or cured like bacon. By the way, British bacon is like nothing we’ve ever seen in the states. They call American bacon “streaky bacon” because of all the fat. British bacon is cured or smoked ham with fat only around the edges.

On the other hand, we sat today at a picnic table on the banks of the Avon and had fresh baked scones with clotted cream, jam, fresh strawberries and a pot of tea. How terribly civilized and absolutely delicious.

Some of these things are charming and some are just puzzling. But I don’t care. I come to England because that’s where Jennifer is from and, even though she’s been in the U.S. since 1962, this still is her home, just as New York still feels like home to me. We come here to visit her family and to touch some incredible history. We come here so I can have “full fry ups” for breakfast and not feel guilty. We come here because, while it’s Jennifer’s ancestral home, to me if feels like one of my second homes.

(The photo with this feature is the sign on a restaurant in Stratford-Upon-Avon. And, yes, they do serve lamb on Sheep Street.)

(NOTE: You can read this entire series here.