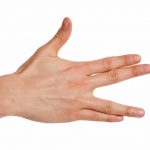 If I told you I have the secret to longevity, that probably would get your attention, right?

It involves wine, red wine to be precise. And, no, it has nothing to do with those studies that claim a glass of red wine every day is good for your health.

You won’t find this secret discussed in any medical journals or text books. To my knowledge, it’s never been studied by the Centers for Disease Control. AARP is not likely to feature it in one of its magazines. If I submitted it to the Journal of the American Medical Assn., the editors probably would get a good laugh and toss it out.

That’s what people tend to do when I tell them about my secret. They laugh. It doesn’t seem to impress anyone that I’ve been at it for nearly 20 years and it’s worked for me. I’m 77 years old; I’ve survived quadruple coronary bypass surgery and bladder cancer, and I seem to be going strong. So, think twice before you laugh this off.

I discovered this secret in the wine section of my local Trader Joe’s in 1997. It came in the form of a bottle of 1994 Robert Mondovi Coastal Cabernet Sauvignon. The young man running that section of the store urged me to try it. At $12, I thought, what could it hurt. I opened the bottle at home that evening while relaxing before dinner. He was right; it was very good. Lay this down in my wine locker for about eight years, I thought, and it probably will be terrific. So, I went back to Trader Joe’s the next day and bought another half dozen bottles.

On the way to my wine locker, I realized that in eight years I would be 67 years old. Not old, but there comes a time when we start to think of things like mortality and longevity. Long-term planning tends to take on a different meaning when 70 is in sight.

I put the wine in the locker and announced to friends and family, “I’ll be damned if I’m going anywhere until I find out if I’m right about that wine.”

It started as a joke, but soon I realized that if I did this every year – found a good wine that I believed would improve after six or eight years in my wine locker and committed myself to sticking around to see if I was right – I would have uncorked a secret to longevity.

It became a serious pursuit. I bought half a dozen bottles of 2005 Bordeaux futures from three different appellations after reading rave reviews that proclaimed that year’s crush to be the best in decades. They are nestled in my wine locker now. I’ll be 80 in a little more than two years. That should be about the right time to see if the experts were correct about that crush.

On a visit to the Jordan Winery in California’s Sonoma County in 2014, we were told the 2012 Cabernet Sauvignon harvest was extraordinary. While other wineries release their wines three years after the crush, Jordan waits until the fourth year, which in this instance meant 2016.

I went on the Jordan website last October and found the 2012 Cab Sav selling at $55 a bottle. Half a case made sense. The notes on the website intrigued and amused. They fit so neatly into my secret longevity program.

First it read: “The 2012 vintage validates our decision to elevate the black-fruit intensity in the wines without abandoning our house style. I didn’t think a wine like this was possible for Jordan twenty years ago. Our 2012 is one of the most complex, balanced Jordan Cabernet Sauvignons I’ve ever tasted upon release.” – Winemaker Rob Davis

Next: “2012 was truly a phenomenal growing season—every winemaker’s dream—which shines through as one of the most complex Jordan Cabernet Sauvignons to date.”

And finally: “Concentrated aromas of blackberries and black cherries with an inviting hint of cedar. The wine’s silky palate is long and expansive, boasting a beautiful balance of black fruit and fine tannin structure. Its finish is lively, lingering and laced with a sweetness of fruit. A deliciously seductive wine to be enjoyed now or cellared through 2028. Decant for 60 to 90 minutes to elevate aromas and flavors.”

We opened one bottle of the 2012 Jordan Cab Sav at a dinner party at the house last weekend. I served it with lamb shanks and mashed potatoes with wild mushrooms and caramelized shallots. Winemaker Rob Davis is correct: it’s an extraordinary wine right now. I’ll be drinking other stuff while I wait and see if he’s correct about 2028.

(POST SCRIPT: I opened those bottles of Mondovi Coastal Cab after they lay in my wine locker for eight years and I discovered that I was right. It was stupendous, worth the wait.)