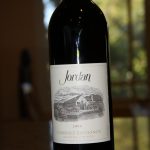 I love the days and weeks of planning and then the cooking for dinner parties at home – dinners at which Jennifer and I host five or six friends. It’s more than just the food. It’s the warm gathering for evenings, when ideas are exchanged, laughter shared, and memories made.

And this was going to be one of those wonderful nights, a gathering of first-timers at one of our dinner parties.

As is my habit, I checked with our guests to see if there were any dietary restrictions or taste aversions. Beef was fine for everyone and I decided on boeuf ala mode as the entrée, a French pot roast, not beef with a scoop of ice cream on top, as I once told my late brother-in-law.

But I had no homemade beef stock in my freezer and for some never to be discovered reason none of the dozen or so local markets I visited had the bones I needed to make a fresh batch. So, I switched to boeuf bourguignon, for which I didn’t need beef stock. The meal was still on track. I knew at least one of the women who would be joining us fashioned herself a good cook and I wanted to be sure I was at the top of my game.

The first course was going to be chilled avocado soup and dessert would be homemade biscuit tortoni from a recipe handed down from my mother. I planned to keep the hors d’oeuvres light and simple – mixed nuts and mixed olives.

With the tortoni securely nestled in the freezer and the soup resting in the fridge, I headed off to my wine storage locker to retrieve the red wines I would serve that evening. I brought home a 14-year-old Jordan cabernet sauvignon from Sonoma County and a Bordeaux of an unrecalled French label or vintage.

The white wine drinkers would be getting a choice of the two selections. The red wine drinkers would be served the primo Jordan before dinner and the Bordeaux at the dinner table. When the guests arrived, everything was ready and in place. The wines had been uncorked and brought to the proper temperature. A Sinatra CD played softly in the background. The nuts and olives were in place.

“Who wants red and who wants white wine?” I asked. Three said they don’t drink wine. Another preferred white and said, “It doesn’t matter. I usually drink my wine from a box.” Jennifer is a white wine drinker. That left three of us for the prized Jordan cab sav.

I served the pinot grigio for Jennifer and the other white wine drinker. Then I started to pour the cab sav for one of our guests. I had about two fingers in the glass when she said, “That’s enough.” And the other guest said, “About the same amount for me.”

For myself, I poured a generous glass, sniffed it, swirled it, looked at the fingers running down the inside of the glass, sniffed it again, sipped it and did everything but swoon. It was fabulous.

As time went by, Jennifer asked for a second glass of pinot grigio and I noticed the two glasses of cab sav were nearing empty. As a good host should, I approached the two people with bottle in hand. Each told me that was it; it was wonderful but that’s all they drink in one evening.

I retreated to the kitchen to tend to the dinner, paused as I passed the 14-year old bottle of Jordan Cab that had been laying down in my locker for 10 years and I thought, “It’s just you and me kid.”

No way was the cork going back in that bottle of magnificent wine. By the end of the evening, I had drained it. The whole bottle minus the equivalent of less than one glass had found its way across my lips.

Later, after everyone had gone home, Jennifer had gone to bed, and I had cleaned up, I sat in my easy chair to unwind. I picked up my lap top and went to the Jordan Winery website. There I typed in 2000 cabernet sauvignon. Sure enough, the wine was available for purchase. At just $700 a bottle. I had drunk something north of $650 worth of wine by myself that night. Of course, I had paid only about $50 for it when I purchased it 10 years earlier.

The next morning, before we got out of bed, I told Jennifer the story of my visit to the Jordan website. She asked if the bottle I drank the night before was my last bottle of that wine. “Yes,” I answered, “but I know where I can get some more.”

It’s been said that part of the joy of fine wine is sharing it with others. Not that night. That night the joy was all mine. And, no, I am not going to buy a replacement bottle at $700. Instead, I just bought half a case of the 2012 Jordan cab sav, with the tour guide at the winery told me two years ago would be one of the finest years ever. I paid $55 a bottle and the website advises it is good to drink now or to lay down until 2028, by which time I will be 89 years old.

There’s an obvious lesson in all this: If you are smart enough to check the menu with your guests in planning the dinner, shouldn’t you also check the wine tastes. I always check the menu. I’ve never checked the wine tastes before and never had a problem. But you can bet I will from now on. And so should you as you plan your dinner parties for this holiday season.