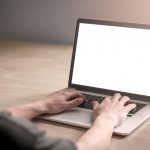 I’m at Alfred’s Steakhouse in San Francisco. Having precisely the dining experience I came for. And wondering about the on-line “real people” reviewers who saw Alfred’s differently.

The cult of Internet tastemakers keeps growing. As does their influence. But not necessarily their maturity level. Or their ability to see beyond themselves.

Too often, their reactions feel like teenagers at the family table. The ones who fought those losing battles with their parents about force-fed eggplant and broccoli.

Now they’re adults. Now their repressed resentments are out on the table – to be shared family-style with the cyber universe.

For example, here are a few separate reactions to Alfred’s, verbatim from the Internet. Do any of them sound like the response of a kid for whom tantrums were more palatable than vegetables?

“Wedge salad had too much blue cheese.”

“The broccoli was not seasoned either.”

“Why do restaurants give you butter to put on cold bread?”

“Is this a steak or some nasty yak meat?”

“He didn’t bring me a lime like HE offered.”

“The poor cows have lived and been slaughtered for nothing because no one can appreciate the meat they gave their lives for if you refuse to season it.”

Or how about this one?

“Panna cotta dessert tasted decent and they gave a generous amount of it… so I got to a point of not enjoying it anymore.”

The question, of course, with any restaurant – veggies notwithstanding – is: did you leave satisfied? Did all the elements add up to marvel or misfortune?

And it’s not always exclusively about the food.

San Francisco offers an array of restaurant options – from bright and lively to dark and cozy – from new and experimental to classic and traditional. Whichever you choose, the odds of enjoyment are always better if you are prepared to appreciate what a restaurant does well.

Which brings me back to Alfred’s. And to some of the elements that go into evaluating both the meal and the experience.

A friendly and efficient hostess greeted me and escorted me to my table immediately.

Both she and the waiter, who arrived a minute or two later and went over the specials as he was handing me the menu, seemed pleased that I was there.

There was also an extensive Scotch list – perfect for a steakhouse. And I got my drink within a few minutes of ordering – so I could relax and consider the menu at my leisure.

I also had time to look around the room – which is part of the fun of Alfred’s. It was established in 1928, and looks it. Cozy red-leather booths. Chandelier lighting. Waiters in ties and vests. Wait staff and diners having pleasant conversations. All seeming to enjoy themselves.

Others may have their own preferences to try at Alfred’s. Mine was about as traditional as I could imagine for a steakhouse: Balvenie Single Barrel Sherry Cask 15 year old Scotch, Caesar salad, rib eye medium rare cooked over Mexican mesquite charcoal and baked potato.

Everything was well paced – both the food service and someone checking on me at proper intervals.

And the food was perfect. Streak cooked as ordered. Potato hot and tasty. No surprises. What was on the menu is what I got. From first bite to last.

With respect to the broccoli lady who yearned for more seasoning and to the guy who believes beef should taste like something more than beef – I found all the flavors to be just right and balanced.

Was it the best restaurant steak I’ve had? No (That distinction belongs to Carne Vino in Las Vegas.) But did it make me happy anyway? Definitely.

At that moment, Alfred’s was where I wanted to be, eating what I wanted to eat. Old time décor. Old time food, service and comfort. In a place where others seemed to be having as good a time as I was.

The check arrived in good order and the same hostess thanked me for coming as I left. I walked back to my hotel pleased with the meal – and with myself.

Had I focused on the onliners before choosing Alfred’s, I may never have tried it. For every good review there was an assessment dripping with disappointment. Undercooked. Overcooked. Too seasoned. No seasoning. Portions too small or too large. Over attentive and under attentive service. Too retro (what were they expecting from a 1928 vintage restaurant?)

But I am glad to join the folks who enjoyed themselves and would go back – unlike the regional bias guy (“You want a steak that tastes like steak? Go to TEXAS!”) or the Marilyn Monroe wannabe (“I mean, it was good but it didn’t blow my skirt up, ya know?”)

When I was a kid, I refused to eat eggplant. And bell pepper. And the “fruit” in fruitcake and spumoni ice cream. But I try not to retain any grudges about it or to take it out on restaurants which offer food that appeals to people other than me.

I have left places disappointed in a meal but not in the restaurant. I am a smarter diner on the return visit.  And when writing a recommendation, I weigh as many factors as I can.

The social network of underground reviewers may be limited in space, motivation or attitude. They may be influenced by things beyond the restaurant’s control – like their own egos or those of their dining companions.

It’s up to the rest of us to take opinions like the seasoning complaints with a grain of salt; to balance the bombardment of input with our own perspectives – even if that includes being suspicious of any place that thinks boiled okra is a good idea.

(NOTE: Larry Sheingold is one of the co-hosts at www.atlarrys.com, a restaurant web site, where you can read the biographies of the people who screen and recommend places to eat. At atlarrys.com don’t do negative reviews. If a restaurant isn’t good enough to recommend to a friend, colleague or family member, we don’t include it.)