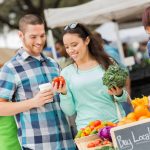 WHERE CAN SINGLES GO TO MEET OTHER SINGLES?

A bar?
Not unless you are a falling down drunk, who wants to meet other falling down drunks or people who need a shot of booze for a shot of courage. We’ll make an exception for old-fashioned piano bars, where people went for social interaction more than for the liquor. But try to find one these days.

Church?
OK, if you are that kind of a person, in which case you probably aren’t reading this feature. Also, you must be willing to risk meeting a mate who could become a zealot later in life. Remember, many people tend to become more religious as they get older. So, the risk is real. There’s also the possibility that you could be the one who becomes a zealot and your mate can’t take it. Besides, statistics indicate you probably don’t attend church.

The internet?
Talk about a crap shoot that comes up snake eyes more often than not. Made up profiles, out-of-date photos. Gallons of coffee consumed in the quest for companionship. The reason we hear anecdotal reports of the success of internet dating is because success happens so infrequently. I know someone who has two members of her staff who met their husbands online. Go figure. But it’s like the days of “Matchmaker, Matchmaker, make me a match” without the human element.

At work?
Not so much anymore. Companies have policies against co-workers dating. And if one person has supervisory authority over the other, there’s the risk of a sexual harassment suit. Besides, it’s fraught with potential complications when one person wants to end it and the other doesn’t.

• He or she wouldn’t be out among ‘em on a Sunday morning if they had gotten falling down drunk at some bar the night before.

• It’s Sunday morning and he or she is shopping, not praying. Unless you are a practicing religionist, that’s probably a good thing.

• The person is discerning about what he or she will eat, prefers fresh food, cares about healthy eating, and probably cooks. Sure, he or she may dabble in online  dating sites. But they are at the farmer’s market, not at home glued to a computer, waiting for a date.

A farmer’s market on a Sunday morning is its own kind of screening process, without long personality profiles or the anxiety of waiting for a computer to select someone for you. At a farmers’ market you see someone, a real person, not a two-dimensional photo that may be old or photo shopped. He or she has a friendly face and no wedding ring. Go for it. Isn’t that the way most relationships start – with a look, not a key stroke?

If she’s fondling the fennel just ask, “What do you do with that?” Or “I had fennel soup at a restaurant in Oakhurst recently. It was delicious. I’ve been thinking of asking them for the recipe.”

From there the possibilities are as limitless as there are ways to cook a chicken. She could say she hasn’t got time to talk, or her body language or facial expression could signal you to look elsewhere. Fine.

She also could tell you how she likes to prepare the fennel, which would advance the conversation. She might ask if the restaurant in Oakhurst was Erna’s Elderberry House in which case you will have established a solid connection and revealed a lot about herself. She could say she’s never cooked with fennel before, but she’s considering it and wonders what you do with it. Don’t fake it. Give her an idea for cooking fennel, or admit you’ve never used it either and say you, also, are thinking about giving it a try.

See how that works. You’ve chatted for a few minutes with no forced get-acquainted questions. You’ve gotten a sense of each other in a relaxed and usually optimistic environment. No alcohol has been consumed. If you can’t take it from there, I’m afraid I won’t be able to help you.

Brussels sprouts is another good place to keep an eye out. Many people don’t like them. But there’s a guy carefully picking through the hundreds of little green ovals, selecting which to put in his shopping bag. Ask him how he picks the best ones from the batch. Or ask how he is going to prepare them. Maybe tell him when you were growing up your mother only served them steamed and you’re glad to see so many restaurants roasting them now. Same result: nothing forced, nothing artificial. Just easy conversation with an interesting looking stranger. Of course if you don’t like Brussels sprouts, try elsewhere.

The produce doesn’t need to be exotic. A comment that the crop of oranges or carrots seems better – or not as good – so far this year as it was last year will be enough.

And you don’t need to be a foodie or a cook to make it work. “I haven’t cooked much, but I’m going to start,” followed by a question about some item in which the other person seems interested is a guaranteed conversation started.

Age is no barrier at a farmers’ market. Young and older populate the food bazars. And the setting is perfect. If the sun is shining everyone is smiling and happy to be alive. If it’s chilly, that itself can be cause for conversation.

You might suggest meeting for breakfast someplace close by before going to the farmers’ market the following Sunday. Be sure to exchange phone numbers “in case something comes up.” You might suggest looking at the fennel or Brussel sprouts together at another booth to compare quality, and put off the breakfast suggestion for later. If everything is off to a really good start, you might try asking about dinner at a local restaurant some night during the week – something casual. Breakfast the next Sunday could be a fall back. Or look for something in the conversation that suggest another avenue of follow up.

Now, anyone who spends time at farmers’ markets knows there are far more single women there than single men. So, all this probably is more relevant to men seeking women that vice versa.
As for women seeking men, think quality instead of quantity.

Super markets don’t work the same way because the shoppers tend to be older and married, or more in a hurry to get through with the shopping and on to whatever awaits them. I get into recipe-sharing conversations at the fish counter frequently and discussions of the deterioration of the flavor of fruit in the produce section. But a super market doesn’t offer the free spirit of shared commitment that you get at a farmers’ market.

I came home from the farmers’ market last Sunday and announced to Jennifer: “I made a discovery. I know the answer to one of the great questions of our time.”

She looked at me in the knowing way that has evolved out of 45 years of marriage.

“I know the answer to where singles can go to meet other singles,” I proclaimed. “It’s the farmers’ market.”

“Who did you meet?” she asked.