A BEHIND THE SCENES LOOK AT RESTAURANT WEBSITE DECISION-MAKING 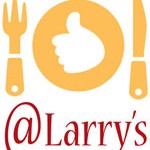 There are times when the integrity of food and restaurant websites gets tested. This is about one of those times and how the website has handled it.

Our sister web site – atLarrys.com – provides recommendations for all manner of restaurants in California, across the U.S. and abroad. It operates on the philosophy that if a restaurant isn’t good enough to recommend to a friend, colleague, or relative, we won’t list it. We don’t do negative reviews. As a matter of fact, we don’t do reviews at all – just recommendations. We recommend places we believe are worthy of your patronage and stay away from telling you where we think you should not eat.

It’s a concept that has stood us well for the five years since we launched atLarrys.com. The site has attracted readers in more than 100 countries around the globe and currently lists some 400 restaurants.

Every once in a while we face the need to decide if a previously recommended restaurant should be removed from the site. These never are pleasant decisions. It’s one thing if a favored restaurant has closed. It’s quite another if it is prompted by a deterioration of the quality of the establishment.

It’s particularly sad when we feel we have to drop a place that is a long-time favorite and may have been on the site from the very beginning. Unfortunately, that is what we must do now with two restaurants. I’m going to tell you about them so you may further understand the lengths to which we go to maintain the integrity of atLarrys.com and the recommendations we post.

Fox & Goose and The Firehouse in Sacramento have been personal favorites since long before the creation of atLarrys.com. They no longer are listed as atLarrys.com recommendations. Here’s why.

Fox & Goose lists a full English fry up as a signature item on its extensive breakfast menu. My English wife, Jennifer, introduced me to fry ups many years ago and for a long time the one served at Fox & Goose was as good as any I found stateside.

I first ate at the Firehouse 40 years ago. It was the location of the first fundraising event I ever staged for one of my political clients. I have held many similar events there through the decades and often dined there during visits to the Capital.

I began one recent day with breakfast at Fox & Goose and ended with dinner at The Firehouse.

What I was served at Fox & Goose hardly resembled a real English fry up or anything I’ve ever been served in earlier visits to this restaurant. The so-called English banger, wasn’t. While filler is required in an authentic banger, this one had the taste and texture of nothing but filler, more like what’s sold in super markets as “British style bangers”.

Then there was the bacon. It wasn’t that wonderful meaty English bacon. Instead, it was American bacon – what Brits call streaky bacon for the streaks of fat – fried to a crisp. The mushrooms were chopped and had the aura of a steam table, rather than anything freshly cooked.

This might be acceptable to people who never have had a real English fry up. But I know better and will not accept this kind of abridgment of quality. If they are cutting these kinds of corners on this signature dish, why should I not expect they are cutting corners elsewhere on the menu?  So, down it comes. It no longer will appear at atLarrys.com and I will no longer attend the place.

My recommendation of The Firehouse boasted of the consistent quality of their lamb dishes, the diversity of the menu, the ambiance of the room, and the extensive wine list.

The menu presented this night was a mess, absolutely inadequate. It listed a duck dish without specifying it was duck breast; it bragged of Mary’s chicken like it was something I couldn’t buy at my local supermarket; it showed a lamb dish without stating what cut of lamb. The menu would be more representative of what one would expect at a tourist trap than at the fine dining spot The Firehouse had been. I settled for the duck breast, which turned out to be ordinary. The lamb, the waiter said proudly when asked, is from Australia. I asked why it no longer is from Colorado as it has been in the past and he said Colorado lamb has gotten too expensive. Later, in a conversation with the manager, he said it was New Zealand lamb. And the cut was not a rack, or chops, or leg. It was described by the waiter as “the eye of the T-bone.”

I ordered Hood Canal oysters for a starter and the server identified them as Fanny Bay.

Jennifer settled for something they called a Delmonico steak. We’ve had plenty of Delmonicos through the years. This was no Delmonico. It was two inches thick and had no fat, either on the edge or marbled. It was tough and tasteless. Jennifer ate about one-quarter of it and gave up.

The dilemma I faced after tonight’s meal at the Firehouse pitted my sentimental attachment to the restaurant and the many fine memories I have of meals enjoyed there against a fundamental question: if this was the first time I ate here, would I post is as a recommendation at atLarrys.com. The answer was a decisive “no.”

Sacramento is a wonderful restaurant town. There are too many very fine options to have to eat at restaurants that cut corners on quality, or put the chef’s ego ahead of every other consideration. I’m finished with Fox & Goose and I’ll keep an eye on the menu at The Firehouse in the hope of detecting a return to a place to which I might want to return.