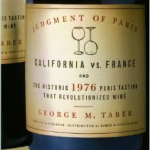 My introduction to good wine came under a shade tree at the Beringer Winery in St. Helena in California’s Napa Valley in 1963. It was the dawning of the glory days for California wine as well as for my own interest in and appreciation of wine.

Before that day I knew nothing of good wine. To have planned this event would have been outside my sphere of knowledge. I was just along for the ride as a group of us from Glendale were headed to Grass Valley for a California Jr. Chamber of Commerce state board meeting. We were in San Francisco the night before and had a feast in a private room at the original Paoli’s restaurant. To this day it remains one of the most memorable meals of my life. We never ordered anything; they just kept bringing course after course – antipasti platters that included pickled pigs feet, cheeses and smoked meats; pasta, fish, veal, with a wine pairing for each course. At the finish to go along with the after dinner wine, they passed a box of very fine cigars. We wondered who they thought we were. I don’t recall ever seeing a bill. There were two Italians in our group, but I never suspected either might have been connected.

As we left San Francisco the next morning, I wasn’t aware of a plan to stop for lunch in the Napa Valley on the way to our weekend meeting. I never knew which of the guys knew enough about wine to have planned this.

We stopped at a market in St. Helena, bought some salami, rye bread and cheese and then headed for the beautiful grounds of Beringer. We chipped in for a couple bottles of zinfandel and camped out at a picnic table.

The only wine I remember tasting before that day was Manischewitz at holiday dinners, and I didn’t like it. I knew the wines the night before at Paoli’s were good, but everything was coming too fast and furious for me to learn the details. The Beringer’s zinfandel, though – that was a whole different matter, a whole different experience. Beringer remains a sentimental favorite as does zinfandel, and from that day on my wine tastes and knowledge have continually expanded.

Ultimately, I collected so much wine that I needed to rent a storage locker. I joke that wine is the secret to longevity. If I lay down a bottle that I think  will be improved with four or six years in my locker, I’ll be damned if I’m going anywhere until I know if I was right. I’m currently good through 2019, by which time I’ll be 80.

I’ve spent many years learning what I like and what I don’t like in wine. That’s what wine really is all about – what you like. I prefer reds with most foods. I don’t dislike white wine; I just don’t drink it frequently. In the world of reds, I’m still discovering new grapes to enjoy.

Against all this background, it was with happy anticipation that I received George M. Taber’s “JUDGMENT OF PARIS / California vs. France and the Historic 1976 Paris Tasting that Revolutionized Wine.” It was a gift from my son Lloyd and daughter-in-law Edie. I was aware of the legendary wine tasting that upset the French and put California wine on the commercial map. But, as with most people, I knew nothing of how it all came about or the stories that surrounded it.

This book fills in those gaps and does much, much more. It is an interestingly written, authoritative history of wine in the Golden State and of many of the people whose vision made California wine what it is today.

Ever wonder what happened in the Napa Valley during prohibition? Taber tells of prune and walnut trees. Wine grapes were mostly for religious institutions, although some of it found its way into underground (or underworld) production. In a visit to J. Rickards winery in Sonoma County recently, I asked what happened to the 106-year-old zinfandel vines during prohibition. The answer hinted at things that may not have met with the approval of Elliot Ness.

Can you imagine a time when California wine was considered jug wine? That’s what it was for nearly 30 years after prohibition.

Then along came people like Robert and Peter Mondavi, Andre Tchelistcheff, Warren Winiarski, Mike Grgich, Jim Barrett and a host of others. When I read of the collegiality among wine producers in Napa County during the cleanup and recovery after the 2014 earthquake, it came as no surprise. Taber’s telling of the collaborative efforts of the wine pioneers in the 1960s and 1970s made the post-quake effort understandable. It’s an industry and there is competition. But as is said, “A rising tide lifts all boats.”

One driving force behind the development of high quality wine in California was the University of California at Davis. Taber relates how the university played a key role in saving both the California and French wine industries when disease ravaged the orchards and how it provided the research and guidance without which California wine might never have reached its current lofty status.

Taber was the only reporter to cover the legendary tasting in 1976, when a 1973 chardonnay from Chateau Montelena in the Napa Valley defeated the best of France in a blind tasting. Every one of the French judges rated one of the California entries number one. The shock among the French judges was heightened when a still young 1973 cabernet sauvignon from Stag’s Leap Wine Cellars topped the scoring among red wines. No other reporter viewed the tasting with enough seriousness to attend; how could California wine compete with French wine? Taber’s coverage in Time Magazine set the international wine world on its collective ear.

While that tasting is the title of this book, the text is much broader. Taber’s discussion of how wine has become a major international industry and California’s place in that industry is fascinating. His comments about marketing of inferior wines are enlightening

This book is sure to enhance the reader’s knowledge of wine and in turn his or her appreciation for what is being sipped at home and in restaurants. For me “Judgment of Paris” is another step in a journey that began at a picnic table under a shade tree in St. Helena in 1963.

“JUDGMENT OF PARIS” is published by Scribner and distributed by Simon & Schuster, Inc.