FOOD FADS, FETISHES AND CRAZES / Part Two – here they come, there they go 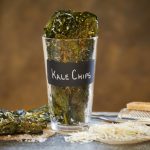 Remember quinoa, the wonder-food of just a couple of years ago? You couldn’t open the front door of a restaurant without being assaulted by quinoa. There were quinoa appetizers, quinoa salads, and hot quinoa sides served alongside beef, chicken, or fish entrees. I even came across a mushroom soup with quinoa. Friends never passed on a chance to tell us they discovered quinoa and it was the healthiest food since … since whatever was the previous healthiest food.

We heard words like flavonoids, decreased risk of inflammation related problems including obesity, contains omega-3 fatty acid, and a whole array of other promised benefits.

Quinoa mania was so rampant that Minute Rice promoted recipes for a mix of rice and quinoa.

I’m fairly sure there are health benefits in eating quinoa just as there are with many other foods. But I never ordered it in a restaurant. If it was served as a side with my entre I would eat it. Usually I enjoyed it. I bought a package for the house and made my own versions to accompany our dinners. The remains of that package rests comfortably in the pantry next to what’s left of a package of pearl barley.

Why did I avoid getting swept away by the quinoa tide? Because I have a stubborn resistance to getting caught up in anything that feels like a fad. I have an aversion to extremes and fads tend toward extremism.

The successor to quinoa, of course, has been kale. It virtually pushed quinoa off menus – kale salads, kale soup, crispy fried kale, kale with carrots and/or mushrooms. It’s hailed as a wonder food guaranteed to cure whatever ails you and extend your life. Many of the words used to advocate quinoa consumption became attached to kale.  I tried kale once. I don’t like it.

A year ago you would risk burial under an avalanche of kale just walking into a restaurant. Not so much anymore. I was at a medium sized farmers’ market recently and found only one stall even displaying kale and the leafy green was stuck in a back corner.

Remember pearl barley? No, not Pearl Bailey, the singer. Pearl barley. It came before quinoa. It once was on the menu of every restaurant in the country and then it faded away. Pearl barley has come and gone from food faddery several times in my lifetime. I still like it in a mushroom soup or a beef-barley soup.

I expect many of those who became kale fanatics in the last few years will continue to enjoy it in the future. Most, however, are more likely to move on to something else.

Just a few years ago it seemed that every juice bar in America, as well has many restaurants were pushing Acai berries with the vigor one would expect from the corner crack dealer. The claims for this wonder food exceeded even those for kale. Now, you have to look far and wide to find a single Acai berry.

While I’ve seen many food fads come and go through the years, I haven’t lost the ability to be astounded by some of them.

Like duck fat. Restaurants are featuring French fries cooked in duck fat, duck fat mashed potatoes, and any number of other things fried or sautéed in duck fat. Check me, but isn’t obesity a national disease? Have arteries forgotten how to harden? Chefs should be ashamed of themselves. One day they brag about using “no trans fats” and that they use canola oil, the next day they’re selling duck fat. And people order it. Whatever happened to “low fat, low cholesterol” cooking? It’s the culinary equivalent of “if you build it, they will come.” If you serve it, they will eat it.

Where does fried spam fit into our diets? What culinary genius figured that one out? Spam? Why do healthy spinach salads always come with bacon bits?

Oh, yeah, bacon. It’s everywhere. In great abundance. Fat, sodium, nitrates, nitrites. Bacon has jumped from the breakfast table to social prominence. At a high-end reception recently I saw a platter of “artisanal” sandwiches. They looked wonderful – crusty bread and big, crispy slices of bacon piled high. A sports bar advertises a “bacon mug” filled with melted cheddar cheese. It’s just what it sounds like – bacon formed in the shape of a mug, with a bacon handle, and it’s filled with melted cheddar. For decades steakhouses wrapped bacon around fillet mignon. But look at the bacon some fast food chains are pushing on the populous. No wonder we see kids walking around unable to get their arms to hang by their sides.

Here’s another one – iceberg lettuce. It has less nutritional value than any other kind of lettuce. But it has become inescapable. Something called “the wedge” is listed among the salads or appetizers on virtually every menu, from coffee shops to white table cloth establishments. I can buy a head of iceberg for under $4. Restaurants cut one head into six wedges, pour some ranch or blue cheese dressing on it and sell it for between $8 and $12 per wedge. That’s a profit of as much as $68 for a head of lettuce no one would think of eating just a few years ago. Gotta hand it to the first chef who came up with that one. Nothing defines food fad as quickly as “The wedge.”

What’s next? Kale fried in duck fat and topped with fried spam and bacon bits? Don’t laugh. It could happen.

Dieticians and health officials advise parents to stop pushing the likes of Hostess cupcakes at their children at the same time artisan cupcake shops open in malls and along chic boulevards. Gourmet cupcakes?

Remember oat bran, wheat bran, and flax? Some of us still put a sprinkling of one or more of those on our cereal in the morning.

Were baked Alaska, lobster thermidor, beef stroganoff, fondue, or stuffed potatoes food fads in their time? You don’t see much of any of them around anymore. Baked Alaska is one of history great accomplishments. I wish it would stage a comeback.

Slow cookers? Crockpots? Handy devices for working families, but not the rage they were a few years back.

Of more recent vintage are soy milk, soy beans (edamame), almond milk, small plates, tapas, umami, wraps. All are still with us, although in diminishing numbers.

A food fad of the early 1900’s was known as “Fletcherizing.” It was named for Horace Fletcher, who instructed that every bite of food be chewed as many as 100 times. More recently faddists latched on to Nancy Reagan’s habit of chewing each mouthful 25 times. The practice of “Fletcherizing” faded as it lost its newness, people became conscious of the time it took and the University of Chicago released a study that concluded it had no overall health benefits.

Merriam-Webster defines “fad” as a practice or interest followed for a time with exaggerated zeal. We latch onto fads in fashion, pop culture, technology, and, yes, in food. Every year it seems there’s a new “it” food. Suddenly, every restaurant is serving up the latest craze. It may be foams, or sundried tomatoes, or kiwi cocktails. But soon the fad fades, and the “flavor of the week” settles into obscurity, or at the very least, the below-eye-level grocery shelves.

Is everyone stampeding to the gluten-free shelves in the market suffering from celiac of even gluten intolerance?

Americans always have been susceptible to manipulation when it comes to food. But I wonder if that applies more to those who can afford to chase after expensive fads than to those who have to manage a family budget. No doubt there’s a difference between the grilled cheese sandwich served in most American homes and the ones hustled on the menus of lunch places on the up-scale avenues.  Same for mac and cheese. We used to it at the school lunch counter. Now it’s served with three artisan cheeses and topped with black truffles. How many American households have a black truffle sitting atop some rice in a glass jar?

So, is it creative chefs or food marketers who are the force behind the creation of food fads? It’s probably some of each. Chefs strive for creativity that can enhance their reputations and commercial viability. Food marketers live in a marketplace than cannot trust people to keep eating the same old thing. “New” is always necessary if profits are to remain high. And the health of those in the market place often takes a back seat. Just look at the packaged cold cereal aisle in your super market.

Then, of course, there is the celebrity factor. Singer Linda Ronstadt is a leader of the “don’t eat corn” movement because of Monsanto’s genetic engineering; actress and life style guru Gwyneth Paltrow learned she has certain food sensitivities so she published a cookbook that eliminates bread, deep water fish, read meat, cow’s milk and eggplants and stresses things like goji berries and quail eggs; for a while actress Nicole Kidman was telling us to eat one hardboiled egg for breakfast and two for dinner; actress Reese Witherspoon eats baby food for breakfast; Oprah Winfrey started an Acai berry hysteria.

I have enough gray hair to have learned there is no magic food. Over the course of the decades of my life I’ve seen hundreds of food fads come and go. These fads tend toward either the overly-obsessive desire for healthier dining, or an absolutely rotten, artery-clogging rush to obesity.

I’ve learned there is no magic diet and there is no wonder food. Promises of quick fixes should be viewed as suspect as should warnings of dangers of a particular product or food group. Lists of good or bad foods that don’t consider the needs of individuals should be ignored. Claims that sound too good to be true should be viewed with a great measure of skepticism. Most anything touted by an “expert” in a TV commercial or anything that suggests elimination of one or more of the five food groups should be greeted with doubt. Anything that common sense would say is nonsense probably is.

It’s been said a million times or more and preached by responsible dieticians and nutritionists: what’s important is an overall balanced diet that doesn’t leave one feeling deprived of some well-loved food. And that doesn’t include a “bacon mug” filled with melted cheddar cheese, no matter how good it might smell.