IN THE SOUTH OF ENGLAND – 2014 / among the pleasures, when I travel 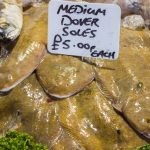 Among my pleasures, when I travel, are meeting new people, sampling history, tasting local food and culture, and expanding my awareness and knowledge of the world.

When we come across folks from the states, it is nice to exchange pleasantries. But I don’t want to spend time chatting about “back home” just because we are thousands of miles from home, and usually I’m very cautious about restaurants the might recommend as I have no idea of their tastes and spheres of reference. I’ll eat most anything, but my anything well might not include anything many others might eat. McDonald’s and Burger King come to mind.

Of course I miss our two sons and their families when I travel, although right now one of our sons and his family are visiting in Northern England. When I travel I think about times when we might take our grandchildren on adventures to faraway places. And I miss our two cats. But not enough to stop traveling.

So, when I see a Tony Roma’s restaurant, or a T.G.I. Friday in London I shake my head in dismay at what has been wrought by globalization. I understand these places wouldn’t exist if large numbers of locals didn’t patronize them. Why should I expect anything more in the way of discerning palates from Brits than what my fellow Americans display at home? And I assume some number of my fellow Americans enjoy travel, but not to the point of completely abandoning the familiar.

Somehow, I don’t feel the same when I find Bar Baloud in London. I’ve eaten at a number of Daniel Baloud’s fine establishments. Why shouldn’t Londoners enjoy the same pleasure? I’ll admit it – it’s flat out snobbery. Daniel Baloud is fine as an American export, but Tony Roma is a more base appeal?

It would be worrisome if I spent a whole lot of time dwelling on this. But I don’t. It’s just something I observe about the homogenization of the world. As we seek out the differences between people and places, the corporate drive is to eliminate those differences. Would that the differences survive long enough to be enjoyed by my grandchildren. In addition to the two in Northern England right now visiting our daughter-in-laws’ parents, our three-year-old granddaughter has been in more countries than she has years.

Fortunately my British wife, the lovely Jennifer, and I have sniffers that can locate any great restaurant within 100 miles of us, or even from the wording of a menu from half way around the globe. We sniffed out a terrific French restaurant from a phone book in Tallahassee FL, another great French restaurant form a hotel brochure in the California Gold Country, a wonderful Italian restaurant from a sidewalk menu stand in San Diego CA, and a number of other similar treasures.

Of equal good fortune is the fact that we can sniff out restaurants of which one should be leery.

One rule by which I make decisions is: if the menu item is something that sounds rather innocent, but it’s something of which I’ve never before heard, be leery. The corollary is that if the waiter or waitress doesn’t give your question a prompt and convincing response, be more leery.

Take our dinner at the seaport of Folkestone, for instance. All-in-all it was a lovely evening because we were in the company of our niece, Karen, and nephew, Trevor. But the leery alert regarding the menu went off early.

Folkestone is next door to Dover, famed for White Cliffs and Dover Sole. Gil, the owner of one of our favorite French restaurants back home, calls Dover Sole the Cadillac of the sea. It’s always the highest priced item on his menu at Le Sanglier in Tarzana CA and I eat it frequently.

This dinner in Folkestone held out the promise of something special – Dover Sole around the corner from Dover.

It was not to be. Instead, the menu listed “lemon sole.” I asked the host what that was. His answer started with, “It’s like sole, only …” The leery alert drowned out the rest.

“Where is it caught?” I asked.

He gestured toward the English Channel and said, “Out there.”

I went into leery mode as I read the rest of the menu. We would get by on some shared appetizers and I would have a bowl of baked mussels with “chips.” I ate about half the mussels and shared the chips with Trevor.

The rest of the leery alert that applied in this case was when the waiter couldn’t tell me how a dish was prepared. A corollary to that one is when the menu lists “filet” of beef or pork, but the waiter can’t tell you from which part of the animal the “filet” is cut.

A bit of research told me “Lemon Sole” is neither sole, nor does it taste like lemon. It’s a bottom fish in the same family as place and turbot, neither of which would I order.

I’m not meaning to pick on this one restaurant or be unappreciative of the lengths to which Karen and Trevor went to host and entertain us. For that I am deeply appreciative as I am appreciative of each of them having come into my life.

What happened at this dinner, however, is not out of the ordinary in Great Britain. Restaurant staffs are largely uninformed and unable to be helpful. If you find a waiter or waitress who can answer your questions and provide information, it’s probably a safe place to eat. If not, be leery of what you order; the meat is likely to be over-cooked and tough and the fish is likely to be dry and tasteless.