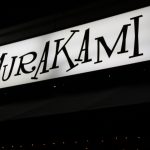 I can hear the sarcastic groans of sympathy even before I write these words. But I’m suffering with a sushi plethora dilemma. There are too many excellent sushi restaurants in my life.

Yeah, yeah, yeah. I know; there can’t be such a thing.

So, how many is too many?

Certainly it can’t be just one. Some unfortunate souls may live in places where they don’t have even one great sushi restaurant. But I suspect most readers of this magazine have a favorite place at which they salve their sushi cravings.

I’ve known people whose favorite place seems to involve a revolving door. I have a friend who used to tell me about the great new sushi restaurant he found; I’d try it and by the time I would see him to tell him I had been to the place and liked it, he would tell me he doesn’t go there anymore because he found another new place.

That’s not my style. I find a sushi restaurant and chef I like and stick around, sometimes for years.

So, is two too many?

Depends. If they are on the same block or even a few blocks apart it could be problematic. How would you decide where to go when you felt like some great toro, or yellowtail belly, or Tasmanian sea trout? But if they’re 15 miles apart in different neighborhoods it might not be much of a problem.

My good friend Amanda is my number one sushi buddy. She lives on the city side of “the hill” that divides the San Fernando Valley from the rest of the City of Los Angeles. For all sorts of reasons it makes perfect sense for me to drive over the hill to meet her for sushi at a place convenient to her work and home.

For some time now that place has been Hirozen, a small restaurant just west of Hollywood and not quite as far west as the west side. We’ve been going there about once a week for months.

At the same time, I have Asanebo just a couple of miles from my home and office. Distance and traffic make it impractical for Amanda to get there from work but I’m able to get there a few times each month.

Those are my two standby places – Hirozen and Asanebo. Each excellent and it two different parts of town. There also are trips downtown for a sushi lunch with my friend Lisa at R23 every few weeks.

So far not really a plethora and not even close to a dilemma.

But wait. Enter the picture one Todd Murakami.

Todd has been cutting fish for me for nearly 27 years. It began when he was a young sushi chef at Iroha in Studio City CA. Our son, John, and I were at the end of sushi bar after each of his high school baseball games. He would still be in uniform and he and Todd became friends. When our son, Lloyd, was in town from college he would join us. Between baseball seasons you could find me at Iroha at least once a week, usually with John by my side, When John left for college on the east coast I stayed on as a Todd regular at Iroha.

Later, Todd opened his own place in West Hollywood – Murakami. It quickly became one of the most popular shush spots in Los Angeles. I was there at least once a week, often accompanied by Amanda, Lisa, my wife Jennifer or any number of other people.

Todd sold his West Hollywood restaurant and returned to Japan a few years ago. After an absence of several years, he opened a small place on Wilcox Avenue just north of Hollywood Boulevard. He closed that place last September and in December opened a new place on Melrose Avenue, not very far from Hirozen.

Now both the plethora and the dilemma come into focus. We love Hirozen. But we also love Todd. Most of what I know and appreciate about sushi rests on the foundation of what I learned from Todd. He taught me to eat halibut fin at a time when sushi chefs kept it as a delicacy for themselves. Todd taught me that top grade uni is to be sought after and converted me into an uni fan. Todd’s carpaccio still is unmatched. The sushi rice at Todd’s is always perfect.

But … but … what about Hirozen? The variety of fish available every night is stunning. I can have 33 or 34 pieces of sushi in one sitting. Each piece is different from all the others and there will be a few items in the case that I will not have eaten. And each piece is delicious.

Now you see the dilemma. We have to choose between Murakami and Hirozen, two excellent sushi restaurants, either of which would make the top of anyone’s dance card anywhere else. We could just double the number of times we meet for sushi, but that’s not likely to happen. We could alternate. Not a bad idea. But we’re definitely going to have to figure this out.

What I’m sure of, however, is that I have a first class, A-number-one, legitimate plethora of world class sushi restaurants in my life – Murakami, Hirozen, Asanebo, R23 – and that clearly adds up to a dilemma.

There is another thing of which I am equally certain – just about everyone reading this will be quick to tell me of places I’ve left off the list and must try and of the handful of places that present them with the same dilemma.