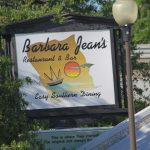 I have just one serious prejudice: I hate prejudice.

That’s been enough to keep me out of the southern part of the U.S. all my life, except when I was visiting relatives in Florida.

The notion of hearing people speak southern hour after hour and day after day was something I sought to avoid through the decades. Just as the German language conjures up horrible images for me, so too has the soft Southern drawl behind which so much evil was hidden and so many despicable acts committed.

So, it was with serious trepidation that I agreed to schedule a drive through Georgia and the Carolinas as we head north from Florida to New York on this vacation trip.

In all fairness, I have to admit folks in Philadelphia, where we will stop for a couple of days, and even the folks in my home town of New York, have harbored their own hefty share of racism, as did the people in my adopted home of Los Angeles. Racism and prejudice have been woven through the fabric of this nation’s history since before the framers of the constitution decided certain people would be defined as four-fifths of a person. But it never reached the institutionalized ugly, violent level of what existed in the south.

Now, here I am ensconced on St. Simon’s Island GA, surrounded by folks who speak southern. And it isn’t so bad.

Last night at dinner we discovered a place where prejudice goes to die. We ate at Barbara Jean’s Easy Southern Dining. And guess what: a bunch of white kids were waiters – blonde young college age women and college men – and they were serving black customers.

I am not so naïve as to believe one restaurant in Georgia represents a victory for justice and equality throughout the land. Certainly, all across the nation there are those who still suffer injustice every day out of the view of privileged vacationers. They live with discrimination, poverty and challenges to survival in barrios and ghettos.

Yet, for all the challenges that still confront us, it’s clear we have made progress. It’s been slow progress for that’s how history works. Frightened people fight to hold back the tides of change, but they cannot hold back the sea change forever, not in the face of the vigilance of those of us who have little patience for the backward ways they defend.

So, as we sat in Barbara Jean’s and watched black customers and white customers enter and be seated at adjoining tables – no “colored only” section – and we watched those white kids courteously wait on those patrons, I said to Jennifer, “The day will come when a Catholic priest will marry a gay or lesbian couple. I hope we’re here to see it.”

I realize today that the prejudice that guided my planning of this trip cost me the opportunity to visit Savannah GA, which has been touted as beautiful by many friends. My trip planning included getting through the south as quickly as possible. To linger in Savannah would slow things down. But now that I’m here I’ll admit I find the occasional “y’all” amusing. There is so little of the old south left in the speech of the people we meet that the occasional “yes, ma’am” or “yes, sir” from a waiter stands out. I have to remind myself I’m in a Red State, where so many think our President is a foreign-born Socialist.

For a kid who grew up on the streets of Brooklyn and Los Angeles, my love of southern food has been fascinating. The pork chops, eggs and grits served at Nat’s Early Bite in Van Nuys CA draws me in several times a year in spite of my cardiac diet restrictions.

One look at the menu at Barbara Jean’s made my eyes pop. I started out with an appetizer bowl of dirty rice, with sausage, chicken, bacon and peppers. Jennifer and I shared a massive crab cake that contained more real crab than I had ever seen before in one crab cake. Then I ordered eight jumbo, buttermilk fried shrimp with sides of red beans and rice and steamed cabbage. All this accompanied by a frosty beer. Jennifer went from the crab cake straight to Atlantic cod fish and chips. The plate contained two massive fillets of cod breaded and cooked to perfection. We could have shared either of the entrees and been completely satisfied.

Barbara Jean’s is famous for a dessert called “chocolate stuff” and Jennifer is famous for her love of all things chocolate. But after the dinner she downed, she skipped dessert.

As we left the restaurant for a walk to the pier, I felt a special kind of contentment, not just for the meal we had eaten, but even more for the experience of having eaten it in a fully integrated restaurant in the Deep South. Is there hope for better days ahead? Absolutely. I just wish it wouldn’t take so long.