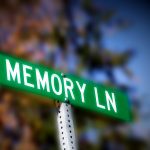 Jonathan Gold’s excellent ode to Campanile in the L.A. Times food pages (Saturday, September 29, 2012) was enough to launch a trip down memory lane.

Gold’s piece is warm, touching and human. Campanile, which will close later this year, clearly played an important role in his personal and his professional life and in his featured article he shares some of that history in a very personal way.

While I never shared Gold’s enthusiasm for Campanile, I understand fully how a particular restaurant can become part of the fiber of a life and I sense the loss he must be feeling. I’ve wondered often why I never warmed up to Campanile the way so many others did. I always found the food enjoyable. But there was something about the room that just didn’t call Jennifer and me to come back.

My own L.A. landscape is dotted with restaurant-based recollections of people and events that textured the wonderful life I’ve lived in this town – places that touched me in much the same way as Campanile touched Jonathan Gold.

Mine is a dining journey that began soon after our family emigrated from Brooklyn in 1949. We weren’t in L.A. more than a few weeks when my mother discovered Restaurant Row on La Cienega Boulevard. The Captain’s Table and The Oyster House became instant favorites for our family of five. We could get Maine lobster and steamed Ipswich clams at each and that was enough to draw us to one or the other of these restaurants at least once a month. Both are long gone.

Before we take this walk along memory lane let’s acknowledge that there are plenty of excellent restaurants in L.A. in the here and now. Melisse in Santa Monica is at the top of our list of favorites. There also is The Royce at the Langham in Pasadena, Panzanella in Sherman Oaks as well as much of the rest of the Drago family of restaurants, Asanebo in Studio City, Hatfield’s on Melrose, Angelini Osteria on Beverly Boulevard; Providence on Melrose. And this speaks nothing of the hundreds of worthy neighborhood and ethnic restaurants that dot the GPS. If I were to try to list my top 50 favorite L.A. restaurants today I would get to number 49 and be stuck to know which to put next on the list and how I could leave at least as many more off the list.

And beyond L.A. there are other favorites: North Beach, Bourbon Steak and the Hayes Street Grill in San Francisco; Biba and The Kitchen in Sacramento; de’ Medici Cucina Italiana and Vivace in San Diego; Erna’s Elderberry House in Oakhurst; The River Café in Brooklyn: Tetsuya’s Restaurant in Sydney; Restorante Santa Catarina in Amalfi; La Calandre in Padava; Il Luogo Di Aimo E Nadia in Milan; Il Cibreo in Florence; Ristorante Al Veluu in Tremezzo, Angelina in Paris and too many more to name. Yet, as brightly as they shine today, it’s a sad fact that sooner or later each will have a new address on Memory Lane.

When it comes to Memory Lane in L.A. – places that were important to me, once lit the horizon and now are gone – any trip I would make would have to begin with Scandia on the Sunset Stip. It was a favorite for me and the girlfriend, who is featured in Chapter Nine of the memoir Cooking for a Beautiful Woman. Later, it became the favorite for Jennifer and me as we dated and then married. I remember the first time our brother-in-law Bryan saw a flaming Viking Sword crossing the room held aloft by a waiter. And when our two sons were still very young it became the place where we were most likely to have their birthday dinners. The shell of the building that was Scandia still stands, but not for much longer. Sometime soon the site will be cleared for a new hotel-commercial-restaurant development. It would be nice if they would name the hotel the Marriott at Scandia.

The next step along Memory Lane would be Perino’s, where the political, business and entertainment elite went to dine. My first visit was lunch with Senator Robert F. Kennedy, when I still was a news reporter. Later, after I left the newspaper business, I attended numerous political fundraisers at Perino’s. Jennifer and I celebrated birthdays and anniversaries in the pink, oval dining room. Each of our sons had a birthday dinner at Perino’s before they reached their teens.

Scandia and Perino’s spelled elegance – men in suits, women in gowns or cocktail dresses, attentive service, excellent food. But there were so many others that fell at various points along the elegance scale.

So did The Cocoanut Grove in the Ambassador Hotel, a restaurant and show room. On stage through the years were the likes of Fanny Brice, Eddie Cantor, Bing Crosby, Nat King Cole, Tony Martin, Judy Garland, Lena Horne, Liza Minelli and so many, many more. In the audience for their performances were many of the great entertainers of the days. The Grove had a 68-year run before closing in 1969.

The Brown Derby, where the Cobb salad was invented, was a favorite of Katherine Hepburn, Jean Harlow, William Powell and virtually every other big name through 59 years in Hollywood. I loved their steak tartare.

Cyrano opened in 1958 and began to re-define dining in L.A. It was not as pricey as some of the finer places around and didn’t care how its customers dressed. It was an instant hit with a younger generation of Hollywood names – Natalie Wood, Robert Wagner, Clint Eastwood, Steve McQueen, Bill Cosby, Neil Diamond, Elvis Presley and Rod Stewart.

The success of Cyrano during its 27-year life ushered in the end of style and class in L.A. restaurants. It wasn’t long before there wasn’t a single restaurant in the entire city that required a jacket or tie for men and from there it was a short jump to the current time, when many men find it acceptable to show up at the best restaurants in town in jeans and sneakers.

The Windsor Room in the Windsor Hotel, virtually around the corner from the Ambassador Hotel and Cocoanut Grove, was where our son Lloyd elected to celebrate his ninth birthday. It’s where I learned to love frogs’ legs, which I now enjoy at Le Sanglier in Tarzana.

How many restaurants have come along and then moved on to new addresses on Memory Lane since those by-gone halcyon days? Who knows? Probably thousands, many of which we loved in their time and later had to remember how much we used to love them.

For all the comings and goings, two restaurants span the ages and remain favorites. You can have lunch or dinner any day of the week at Philippe in downtown L.A., or any day but Sunday or Monday at Musso and Frank Grill in the heart of Hollywood. Neither is anything fancy, but we go to each of them frequently, not just for the memories, but also for the still wonderful food.

No doubt I’ve left out some forgotten favorites of my decades of dining in L.A. and surely I’ve left out some of the favorites you recall fondly. If you have a favorite that we did not include please feel free to sound off in the comments area below. You’ll probably ignite some warm and fuzzy feelings for many of us.

It’s been fun being your tour guide for this stroll down Memory Lane and I want to thank Jonathan Gold for inspiring the trip. Jonathan, I hope you’ll find a successor that becomes just as personally important to you as Campanile has been.