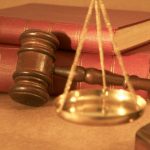 A lawsuit filed this week in federal court in Los Angeles seeks to enjoin enforcement of state legislation that has driven foie gras off the menus of restaurants in California and threatens the same fate for other duck products.

Plaintiffs in the suit are Hudson Valley Foie Gras, a New York State company that is the largest foie gras producer in the nation and also produces other duck products; an association representing Canadian foie gras producers; and the owners of two California restaurants.

The suit asks the court to halt enforcement of California’s “bird feeding law” until a full trial can be conducted to determine if the legislation is constitutional.

While many have referred to the legislation, which took effect July 1, as a ban on foie gras, it actually is much broader. It bans the sale and production of any product that is the result of birds being force fed for the purpose of fattening their livers.

The lawsuit claims the legislation violates the commerce clause of the U.S. Constitution because it “burdens interstate commerce while advancing no legitimate local interest.” In the action Hudson Valley Foie Gras claims the legislation prohibits it from selling in California that which is produced legally in New York. That is a violation of the Commerce Clause, the lawsuit claims. It charges the legislation is overly broad and written in such a way as to prohibit not just the sale of foie gras but also such items as duck breast, duck legs and duck fat because vendors will not be able to know if those products come from ducks with fattened livers.

The Canadian Association charges the legislation violates the North American Free Trade Act (NAFTA). It claims its members’ ducks “are raised in full compliance with Canadian law, and their products are required to undergo USDA-approved inspection at slaughterhouses in Canada as well as upon entry into the United States.” Under NAFTA the products of those Canadian producers may be sold in every state in the U.S. But, the suit charges, the California law bans sale in one of those states in violation of the international treaty.

The third plaintiff in the law suit is Hot’s Restaurant Group, Inc., which operates restaurants in Hermosa Beach and Northridge California. The company charges it risks prosecution and financial penalties for continuing to serve any duck products because it cannot know of the feeding practices of the duck producers or if those producers fed the ducks with the intent to fatten their livers.

The lawsuit points to legislative language that makes if a violation for a person to “force feed a bird for the purpose of enlarging the bird’s liver beyond normal size” and the statute’s definition of force feeding “as using a process that causes a bird to ‘consume more food than a typical bird of the same species would consume voluntarily’.” The plaintiffs allege the law is too vague to enforce on both of those points. “In practice, the vagueness of this purported standard makes it impossible for anyone to know at what point a particular bird has been fed ‘more food’ than the Bird Feeding Law allows,” the suit charges.

The prohibition applies, the lawsuit claims, no matter where in the world the bird may have been fed and restaurants serving duck breast, duck legs, or other duck products besides foie gras cannot know what a particular duck had been fed throughout its lifetime.

The suit also charges that the law does not define any standard for determining at what point a duck has been fed more food than the statute allows or to determine how much food a typical bird of the same species would consume voluntarily.

In a statement released Tuesday, Rob Black, executive director of the Golden Gate Restaurant Assn. in San Francisco, said, “The ban is riddled with ambiguities that prevent chefs, restaurateurs, and foie gras producers from understanding what is legal and how to comply.

He added, “An injunction will relieve chefs from the risk of unknowingly breaking the law and give legislators time to fix the law.”