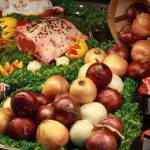 One reactor at the San Onofre nuclear power plant on the coast of Orange County in Southern California has been shut down since January because of the discovery of hundreds of leaky and corrroded pipes, many of which were installed just two months earlier. In mid-April the second reactor was shut down for the same reason. We first published this article In December, 2011, some six weeks before the problems were discovered at San Onofre.

It’s 119 miles from Diablo Canyon to Fresno and 103 miles to Bakersfield, both in the heart of California’s great Central Valley, one of the most important agricultural areas in the world. The nuclear plant sits in the middle of the central coast wine region and just down the road from the Monterey and Salinas agricultural centers.

The San Onofre Nuclear Power Plant is half way between the population centers of Los Angeles and San Diego and some 100 miles from the agricultural fields and cities of the Inland Empire.

Why does any of this matter?

In July, 2011, four months after the Fukushima Nuclear Power plant disaster in Japan, cancer causing radioactive cesium was found in milk, spinach, mushrooms, bamboo shoots, tea, fish and other food products as far as 225 miles from the plant. Early this month, nine months after the accident, water containing strontium, an even more dangerous radioactive material, spilled from the Fukushima plant into the Pacific Ocean.

Since the March nuclear accident, Japanese food exports have fallen sharply and consumer confidence in that nation’s agricultural products has been shaken. Reports from Japan indicate consumers are choosing imported rice over domestically-grown rice and are refusing to buy beef from cattle raised near Fukushima.

A similar nuclear accident at either Diablo Canyon or San Onofre would devastate California’s agricultural economy and the state and worldwide food supply.

California has been the nation’s number one producer of food and agricultural products for at least 50 years. California’s 84,000 farms and ranches generate some $100 billion in economic activity each year and employ between 300,000 people and 450,000 people seasonally.

California farmers grow more than 450 different crops. The state is the nation’s number one producer of milk, cheese and other dairy products. California produces more than 99% of the world’s supply of almonds, artichokes, dates, figs, kiwifruit, persimmons, pomegranates, pistachios, prunes, raisins and walnuts. California produces more cantaloupes than the next four states combined, 86% of the lemons consumed in the U. S., some 80% of the olives and 90% of the wine produced in the U.S., 83% of the nation’s strawberry crop and 94% of the processed tomatoes. California leads the nation in production of alfalfa hay, grapes, peaches, asparagus, broccoli, cabbage, carrots, cauliflower, celery, garlic, lettuce, honeydew, onions, bell peppers, spinach, apricots, raspberries, nectarines, and tangerines. Some of the best uni (sea urchin) in the world is harvested off the coast of California.

Almost all of this happens within 225 miles of the aging Diablo Canyon and San Onofre nuclear power plants.

How real is the threat these nuclear plants pose to the world’s fifth largest food supplier?

Diablo Canyon and San Onofre are located near active earthquake faults that had not yet been identified at the time the plants were approved and built.

Southern California Edison claims San Onofre was built to withstand an earthquake greater than any that could be expected on the nearest fault. Therein lays the rub: nuclear plants are built to withstand the expected. No one expected a 9.1 magnitude quake in Japan 70 miles from a nuclear power plant or the 30-foot tsunami that quake caused. Active faults exist within just a few miles of California’s two nuclear plants.

As part of the process for considering the feasibility of extending the operating license at San Onofre, Edison intended to use its own experts for new seismic studies. Under pressure from the Alliance for Nuclear Responsibility a judge indicated he will order Edison to fund a truly Independent Peer Review Panel for the seismic study at San Onofre.

PG&E ignored a directive from state regulators to conduct new seismic studies before applying to the Nuclear Regulatory Commission (NRC) for a license extension at Diablo Canyon. Despite the existing state directive, the NRC began to process the application and move it toward approval. It was only after the Fukushima earthquake and tsunami shook up the world of nuclear power that the NRC delayed the license renewal process for 52 months and instructed PG&E to conduct a complete seismic analysis.

It’s not just natural disasters that pose a threat at Diablo Canyon and San Onofre. The infrastructure at the two plants is aging. Large components – steam generators, reactor vessel heads, and turbine rotors – that were supposed to last the lifetime of the plants have failed and had to be replaced.

PG&E and Edison are publically held corporations. Their purpose is to generate and sell electricity, put the profits on the books and keep stock prices strong. They are not inclined to want to spend money on safety measures they don’t consider necessary or on the overhead of the regulatory process. PG&E has asked the California Public Utilities Commission (PUC) for permission to charge ratepayers for the costs of the license renewal process. Yet, in the event of a catastrophe the utility will not be financially responsible for the damage done to California’s cities, farms, farmers, food supply, or economy. Federal law limits the utility’s liability. Most of those costs will fall on the taxpayers. In Japan the costs of cleaning up Fukushima are estimated as possibly reaching several trillion dollars.

In an unusually frank statement, NRC Chairman Gregory Jaczko recently pointed to years of complacency on the part of nuclear utility operators, combined with an overload of unattended, backlogged safety issues, when he predicted trouble ahead for the industry in 2012.

Jackzo’s statement, unfortunately, is not reflective of the NRC’s history of oversight of the nuclear industry. The NRC is charged with safeguarding the operation of Diablo Canyon and San Onofre, as well as every other nuclear power plant in the nation. Yet, no application for extension of a license for a nuclear power plant in the U.S. has ever been denied, even for the oldest, most trouble-plagued plants located close to population centers.

Could “it” happen here in California?

Utility executives, nuclear vendors, pro-nuclear politicians and federal regulators try to assure us an accident on the scale of Chernobyl, Three Mile Island or Fukushima can’t happen here. They point to the industry’s “overall record of safe operation” and to “redundant safety systems” designed to protect the plants and the public. But every nuclear disaster anywhere in the world has been caused by something that had not been foreseen and occurred despite long odds and strong assurances by the industry that it couldn’t happen. Unlike an auto accident, there’s no such thing as a “fender bender” when radioactive iodine, cesium, or strontium is released into the air or water after an accident at a nuclear power plant.

An NRC study published in 2010 estimates the chance of an earthquake intense enough to cause core damage to the reactor at Diablo Canyon is 1 in 23,810 each year. A gambler would say those are pretty slim odds when faced with the potential of losing hundreds of billions of dollars. For perspective, the odds against winning the California lottery are 41 million to1. So an accident at Diablo Canyon is some 1,800 times more likely than the chances that any individual will win the lottery. And this doesn’t account for any of the potential risks other than that of an earthquake.

History has demonstrated lotteries are won and accidents do happen at nuclear power plants, and no one can predict when or where. At Diablo Canyon and San Onofre the costs of losing the bet are too great. If it does happen the “grown in California” label will become a plague in national and international food markets, food prices will rise around the globe and many products will vanish from the market place.

The Japanese learned this lesson the hard way. Distribution of Fukushima cattle was halted when radiation-tainted meat was discovered soon after the accident last March. The ban was lifted in August and purveyors began to ship cows that had been tested and found safe. But a worried public was not convinced. Fukushima beef cattle have attracted few customers and prices are running about half what they were before the accident.

So, what is the answer? Can we just shutdown Diablo Canyon and San Onofre?

The state receives about 16% of its electrical power from the two nuclear plants, making it difficult to just shut them down. We are in this bind because the state has done little if anything in the last three decades to avoid the situation. The dates of the license expirations at Diablo Canyon and San Onofre were known on the day the plants were fired up. So were many of the risks. But no meaningful steps have been taken to replace the capacity of the plants when they go off line. Instead, the utilities have counted on automatic license extensions from the NRC. While a number of enlightened legislators and state policy makers have tried to enact meaningful solutions, their efforts have been frustrated by a combination of utility lobbying, complacency and partisan wrangling. Too many legislators have had an “out-of-sight-out-of-mind” attitude about nuclear power, willing to look the other way as long as there were no major problems.

The answer must not lie in extending the license at either Diablo Canyon or San Onofre. The state should move now to phase out the two plants as quickly as possible – perhaps even before the licenses expire.

The first of the operating licenses at Diablo Canyon will not expire until 10 years from now. At San Onofre it’s 13 years. It was 10 years between the time President John F. Kennedy committed America to send a man to the moon and bring him safely back to Earth and the time that goal was achieved.

We still have time to replace the output of Diablo Canyon and San Onofre with energy efficiency measures, co-generation, solar, wind, geothermal and other technologies that already exist. To do anything less would be irresponsible. And it would leave California’s agricultural economy and the food supply of the nation and world in jeopardy for an indefinite period of time.