A VEGAN IN A WORLD OF OMNIVORES 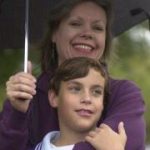 Eating in restaurants used to be so much simpler. Back in the day, I’d look at the menu and try to decide between the rib-eye steak and the grilled pork chop, between the linguine with prawns and the lasagna with Italian sausage.

But about nine and a half years ago, I went vegan – no meat, no eggs, no dairy, no animal products of any kind. It wasn’t something I had planned, although I had been thinking about cutting back on my meat consumption.

Then there I was one day reading The Food Revolution: How Your Diet Can Help Save Your Life and Our World, by John Robbins. The author was an heir to the Baskin-Robbins ice cream fortune until he went vegan and walked away from the family business. In his book, Robbins discussed the health implications of switching to a plant-based diet, deplored the cruel treatment of farm animals and explained the many ways in which the environment is compromised by our consumption of animal products. By the time I got to the part about how eating meat contributes to the problem of world hunger, I just gave up. I stopped eating all animal products at that moment, without so much as a final steak and lobster dinner.  I quit cold turkey, so to speak.

Soon the panic set in. Since I hadn’t planned to go vegan, I hadn’t given any thought to what I actually could eat. It was hard enough to figure out what to eat at home, but eating in restaurants became a special challenge. Since no one else I knew was vegan, I had to learn how to find something to eat in whichever restaurants I visited with my non-vegan family and friends.

So here’s how I approach lunch and dinner in a non-vegan restaurant. (Breakfast is a whole different issue, usually involving oatmeal and fruit.) First, I order a nice glass of wine, which makes the rest of the process much more enjoyable. Then I start working my way down the menu to see if there is anything I can eat.

I almost never order an appetizer because most of the appetizers in American or European restaurants contain some form of animal product.  Fish – crab cakes, oysters on the half shell, fried calamari – is especially popular in the appetizer section of many menus. I have come to appreciate appetizers like chips and salsa in a Mexican restaurant, or mixed olives in a restaurant serving Mediterranean food.

Moving on, I check out the soups and salads. Soups rarely include a vegan option. It sometimes appears the two favorite soups in Sacramento, where I live, are New England clam chowder, or French onion soup, which probably is made with beef broth and undoubtedly has that baguette slice on top just dripping with melted gruyère. I usually can find something to work with among the salads. Often, the only salad that’s actually vegan is the basic house salad – lettuce, cucumber, tomato, shredded carrot and house vinaigrette. But more creative salads can be made into vegan just by asking that the cheese be left out, or a different dressing substituted. Other salads are a little more challenging. I doubt that my husband and son will ever let me live down the southwest chicken salad I ordered without the southwest chicken at an airport restaurant a few years ago.

Then I look at the entrées. But really, unless there’s a pasta with marinara sauce there’s almost no chance there will be a vegan entrée, or even an entrée that can be made vegan. If the restaurant serves burgers and sandwiches there may be a veggie burger. That always requires further inquiries to determine whether the veggie patty itself includes cheese or egg, which turns out to be the case more often than not. There may be a vegetarian sandwich on the menu, but it usually will be served with some type of pesto made with Parmesan cheese, or aïoli made with mayonnaise, without which the sandwich probably is completely tasteless. And there’s always the question of whether the sandwich bread contains eggs or dairy products.

So sometimes the best bet for a vegan in a restaurant serving American or European cuisine is to make a meal out of whatever salad has been stripped of all animal products, the free sourdough bread when that’s available, and the fabulous wine that was ordered as soon as you were seated. Go ahead – have another glass, especially since there’s not likely to be a vegan dessert on the menu and you’ll want to have something to do while everyone else eats their crème brûlée or tiramisu.

Several restaurants have opened in Sacramento in the past seven or eight years that are renowned for their fresh seasonal ingredients purchased from local family farmers. It may seem counterintuitive, but I have more trouble eating at those restaurants than almost anyplace else.  Yes, they use gorgeous seasonal produce in their dishes, but the other key ingredients are always some form of animal product, like goat’s milk ricotta, or braised sweetbreads, or some such thing that can’t easily be left out.

Paradoxically, I’ve found it’s easy to be vegan in a steak house. Since all of the side dishes are served à la carte, I can order a baked potato, steamed broccoli or asparagus, and mushrooms sautéed in olive oil instead of butter. I take a small container of margarine with me and I have a perfectly lovely meal once I get past the part where the server brings out the display of raw meat slabs and live lobsters.

I’ve discovered that many types of ethnic cuisine are vegan-friendly, although I always have to ask whether fish sauce is used in the Thai curry, or if ghee (clarified butter) is used in the Indian curry. Star Ginger Asian Grill & Noodle Bar in Sacramento, which offers several wonderful vegan options, has become my new best friend. There are a few good vegetarian restaurants with vegan options, but many vegan or vegetarian restaurants rely much too heavily on fake meats and fake cheese, when fruits, vegetables and grains can be served in a variety of delicious soups, salads, stews, and stir-fries without having to pretend to be something they’re not.

People often ask if I lost weight when I went vegan. As a matter of fact I did. However, that was a long time ago and I’ve since gained it all back. It might surprise you to know there are many junk food options for vegans – Fritos, Oreos, Coca-Cola – and there are lots of wonderful vegan desserts available these days, like the incredible Earth Cafe Cherry Dream Cheesecake at the Sacramento Natural Foods Co-op, or the vegan chocolate cake at Freeport Bakery. I don’t know what constitutes the “cheese” in the cheesecake, but the ingredients are soaked cashews, coconut, coconut butter, fresh cherries, agave nectar, soaked pecans, soaked walnuts, lemon, lecithin, vanilla bean extractive, cinnamon, and sea salt. And not only is it vegan, it’s raw. It’s quite fabulous.

Another thing I’m asked often is whether I feel better now. I didn’t have any particular health issues before, but I notice now I rarely catch cold and I can’t remember the last time I had any type of flu or virus. So I may not be any skinnier but I do seem to be a little healthier.

Do I ever find myself craving any of the non-vegan foods that I used to love? Yes, although it’s usually some random fast food item that triggers the craving, oddly enough. It never lasts very long and I’ve never regretted my decision to stop eating animal products.  I know I can get a vegan bacon cheeseburger that tastes like the real thing at downtown’s Kitchen at the Round Corner, or a vegan doughnut at Doughbot that puts most other doughnuts to shame.

“Celebrity vegans” have been in the news lately, people like Bill Clinton, Mike Tyson, Alec Baldwin and Carrie Underwood, who have gone vegan for a variety of reasons. What I love about the celebrity vegans is that they help to move veganism into the mainstream, which I hope will inspire chefs to give some thought to adding vegan options to their menus. Last October, 10 local restaurants participated in the first ever Sacramento Vegan Chef Challenge, serving vegan appetizers, entrées, and desserts on their dinner menus throughout the month. I had an amazing roasted pumpkin soup at the Tower Bridge Bistro, a delicious jewel quinoa salad at Cafe Capricho and the tastiest deep-fried green bean appetizer ever at Capitol Garage. It was a great month to be a vegan.

But the people I really appreciate are the chefs and restaurateurs who always honor the food choices of their vegan patrons and make us feel valued by offering tasty and nutritious plant-based menu selections all year long.

(Pam Giarrizzo recently retired from her position as Chief Counsel to the California Secretary of State, after serving for more than 30 years in various high-level positions in both the Secretary of State’s office and the California State Assembly. She is a founding member of the Sacramento Women’s Action Network (SWAN), a giving circle that provides funding to nonprofit organizations serving the Sacramento area. She also serves on the boards of the California Museum for History, Women and the Arts, and the Camellia Network, which assists young people who are transitioning from foster care to adulthood. Pam lives in Sacramento with her non-vegan husband, Phil, a political consultant. Their son Zack, who is not vegan but at least refuses to eat beef, is a student at St. Mary’s College in Moraga. Pam’s Sacramento Vegan blog can be read at http://sacramentovegan.blogspot.com/. )