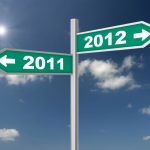 First, a great big “thank you” to everyone who has become part of our Table Talk family and clicked in to read the sometimes serious, sometimes humorous and hopefully informative articles we published in 2011.

It boggles my mind to realize this magazine has been read in 1,944 cities in 104 countries around the globe, all in just 20 months since we first went online. In 15 years as a newspaper and wire service reporter I never achieved that wide a reach. Then, along came the internet and I find Table Talk writers are being read in places like Athens and Edinburgh. Our articles are reaching Russia and Yemen, Morocco and Iraq, Israel and Palestinian Territories.

I’m somewhat of a traditionalist and in the world of newspapers, it’s traditional to look back at the end of each year and review the highlights of the previous 12 months. So, true to my newspaper background, here we go:

The most read article we published in 2011 was “WILL YOUR SUSHI GLOW IN THE DARK – What the Japanese Nuclear Power Accident Means to You”. We published it just 14 days after the earthquake and tsunami hit the Japanese nuclear power plant at Fukushima. As far as we can tell, it may have been the first article published anywhere to link the accident to the subject of food. We published three subsequent articles on the same subject. “COVERUP / The dirty secret of our radioactive food chain” was the second of those articles and the fourth most read article of the year. You can find all four articles by clicking on “healthy dining” in the menu on the home page of this magazine.

On a lighter note, “PHILIPPE VS. COLE’S / a downtown French Dip showdown” was the second most read article of 2011. It reviewed the history of the French Dip sandwich, which each of these restaurants claims to have invented, and we compared the sandwiches being served at each restaurant today.

In third place on the readership list was “WHY ARE SOME EGGS BROWN”, in which we supplied the answer to a question kids have asked for ages.

“MUSSO AND FRANK GRILL – Where history meets the future in Hollywood” was the fifth most read article of the year. We interviewed the new executive chef and the new manager of this great institution and came away convinced it is in good hands and the future seems secure.

Our resident humorist, Larry Sheingold, had a good year. His articles: “FALL OFF THE BONE BBQ RIBS – the detachable meat mystery”, “MAD MENU DISEASE – What’s afflicting today’s menu writers?”, “THE ACME OF BAY AREA BREAD MAKING”, “FOUR BLOCKS AND 150 YEARS OF HISTORY” and “BEST USE YET FOR PEPPERMINT CANDIES” all registered among the top 25 most read articles in 2011.

“COOKING FOR A BEAUTIFUL WOMAN”, a memoir with recipes, which we began in 2010, wrapped up in February of 2011 and ranks as the most read series of the year.

“Kitchen Quickies”, offering recipes for dinners that can be ready to eat in an hour or less after you walk in the door was the second most read series.

A personal favorite of mine has been the ongoing series titled “My Most Memorable Meal”, which we inaugurated this year. This was the third most read series of the year. Janice Lacy’s stirring “A Dinner with Family behind the Iron Curtain” particularly touched me and helped define what this series is all about.

You still can read each of these articles and any of the 204 we have published in the last 20 months by browsing through the menu on the home page.

What’s ahead for 2012? Who knows? Who could have predicted the Fukushima nuclear disaster and that it would become the subject of our most read article of 2011?

As for me, I intend to continue my quest for the best in all things food related. I plan to write more about my search for pork that still has flavor. I’m going to take a look at the facts behind the butter vs. margarine debate. I’m working on an article tracing the history of smoking restrictions in restaurants. We’ll soon have a very nice piece about a San Francisco organization that helps low income individuals develop their chops and get into ethnic food businesses. As always, we’ll search for interesting, informative and funny news and information about food and restaurants and bring it to you as we find it. And we will attempt to expand the number of writers who contribute to making this magazine worthy of your time and attention. If you think you could be one of those writers, scroll down the right side of the home page and click on “submit / advertise” to learn how.