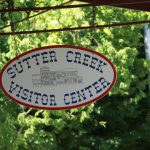 It was one of those moments – a brief exchange with content far beyond the few words spoken. We were at Girl and the Goat in Chicago, perched on stools at the bar and chatting with the couple seated next to us.

When they learned we were heading for Stratford and Niagara-on-the-Lakes in Ontario Canada, the woman said, “You’re going to get some good wine.”

More smugly than I had intended, I answered, “We’re from California.”

As we motored across Michigan in our rented car the next day, bound for dinner at Zingerman’s Deli in Ann Arbor, we saw a parade of roadside billboards proclaiming a succession of “world famous” wine regions offering wines of which we had never heard. The parade continued after we crossed into Canada.

It underscored something we had discovered during many earlier driving trips: so-called “wine countries” have become big tourist business and it doesn’t matter whether the wine is any good. Locals seem obsessed with taking their visiting friends and relatives “for a day in the wine country.”

We have driven far and wide throughout the United States, the two coasts of Canada, and the famous wine regions of Australia and New Zealand. There was a five week drive from Los Angeles to Key West and back, a three-week drive through New England and eastern Canada, drives through Nevada and Wyoming to Idaho and Montana, a number of round trips between Los Angeles and Seattle, and this summer’s journey from Chicago to various points in Ontario, Canada.

Everywhere, we have been confronted with advertising for local wine tasting excursions to sample the wonders of local vineyards. Never mind that the wines from those “world famous” regions cannot be found in stores or restaurants 200 miles away. Go to New York City and see how many wines from upstate you find on the lists at the better restaurants. Plenty from California, France and Italy. Maybe a smattering from New Zealand, Australia, Chile, Argentina, or Spain. But little or none from upstate. None of the wines touted on those billboards in Michigan or Ontario can be found in Chicago, or New York, or Toronto, or even Ann Arbor.

When we visited Australia a few years ago, relatives, who know of our love for wine, insisted on taking us out for a day in the wine country. I didn’t taste a single wine that I would buy. Same reaction to New Zealand wines.

The fact is that wine and wineries generate tourist dollars for restaurants and hotels in areas where tourism often is sparse. So, up go the billboards; guest magazines and travel guide books tout the “wine country”, and chambers of commerce boast about the local grape.

We are spoiled here in California? To be sure, we have areas that produce wines that are vastly over-rated and not much different from those tourist lures described above. At the same time, we have a multitude of regions that are turning out world class wines.

Most famous, of course, is the Napa Valley, where the marketing operation exceeds even the outstanding quality of the wines.

Wines from the Alexander Valley are at least as good as those coming out of the Napa Valley. Mendocino County – both the coastal region and the inland Anderson Valley – also offer excellent wines, good restaurants, and nice places to stay. There are some very good wines coming out of Monterey County and a few spots further south on the Central Coast.

Recently, we spent a day in the Gold Country of California, where we sampled wines at a couple of Amador County wineries. Our son, Lloyd, and his wife, Edie, had done some recon of the area a few weeks before and were excited to take us to two of the places they found particularly interesting.

First up was Jeff Runquist Wines, where they produce 14 varietals of reds from grapes gathered personally by Runquist at vineyards throughout California. The wines are low in tannins and excellent for drinking young. They will tell you that laying them down for a few years will increase the quality only marginally. Each wine comes labeled with the vineyard and area from which the grapes were purchased.

The tasting room is overseen by Runquist and members of his family. Cheeses and breads are provided to complement the wines and tastings are free. I purchased two bottles each of the 2009 Barbera, Pinot Noir and Zinfandel. The Barbera grapes for the 2009 crush were from The Cooper Family vineyards in Amador County, the Pinot Noir from Carneros in the Napa Valley and the Zinfandel from The Massoni Ranch in Amador County. All were crushed, barreled and watched over at the Runquist cellars in Amador County.

Next stop was Cooper Vineyards in Plymouth, where we happened to arrive in the middle of Dick Cooper’s birthday bash. We were graciously welcomed to stick around. Growers from the area had formed an ad hoc band and played mostly country music. Neighbors danced. Platters of salami and cheese and sandwiches were set on table tops and counters and a friendly staff was pouring wine behind a counter at the entrance. Lloyd and Edie’s 10-month-old baby – our granddaughter Alise – bounced and danced to the music, I ate more salami and cheese than I should have and we sampled some really wonderful wines.

Family owned and operated, Cooper Vineyards has been opened since 2004. Grapes for all 17 of the boutique hand-crafted wines are grown by the family on their property in the Shenandoah Valley in Amador County.

I took home a bottle of 2009 Barbera Riserva, 2007 Zinfandel, and 2008 Carignane. It’s going to be interesting to test the Cooper Barbera against the Jeff Runquist Barbera produced from grapes purchased from the Cooper vines.

Web site for Cooper Vineyards is http://www.cooperwines.com. Take a look at the page listing special events coming in the months ahead.

Nine bottles is a pretty good haul, when I had announced at the onset of the day trip that I wasn’t going to be buying any wine. I have about 100 bottles in my rented locker; I need to start drinking that.

Before venturing into the wineries, we stopped for lunch at the Twisted Fork Restaurant at the historic Bellotti Inn hotel in the town of Sutter Creek. It’s a pretty decent lunch spot and a stroll through the downtown area shops is worth the time.

We followed the wine tastings with a stop at Sequoia, a lovely restaurant in a converted and restored old house – The Bee-Bennett House – in Placerville, where we ordered an array of appetizers to share. Then it was on to Sienna in El Dorado Hills for dinner.

In marked contrast to the frenetic pace, heavy traffic, and costly charges for tastings found in the Napa Valley, our Amador County exploration was relaxed and easy. When it comes to the sheer number of wonderful wines, restaurants and hotels, the Napa Valley is king. But for a very different kind of a day, enjoying carefully crafted wines poured with no tasting charges, Amador County in California’s Gold Country, just 20 some miles from Sacramento, is a worthy alternative.