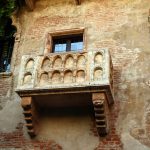 “That which we call a rose
By any other name would smell as sweet.”

Great thought. Lots of with wisdom. But could Juliet possibly have been thinking of bulls’ testicles or the thymus gland of a cow, when she spoke those words? Not much chance she would include the likes of “spotted dick” or “toad-in-a-hole”.

The world is filled with names of things that would smell as sweet by some other name but to which we assign names to make them more palatable. And nowhere is this more true than in the world of food and menus.

What we call sweetbreads, by another name is either the thymus gland or pancreas of a cow, which might be a bit off-putting on a menu. But why do we call it hamburger instead of ground beef or ground cow, when it contains no ham? For that matter, why do we call it beef instead of cow? Is it because cows are those things in kids’ coloring books and the fields as we drive by? Is “beef” just one example of how our flesh-eating species disassociates.

Do we call it venison to avoid thinking we might be eating Bambi? If so, why do we call it lamb and not worry about how Mary would feel; how come it’s duck and we don’t think about Donald? We eat rabbit with no concern for Thumper or Bugs. I ate reindeer sausages in Alaska and kangaroo steak in Australia. No one thought to hide those realities. My six-year-old vegetarian granddaughter was upset when she learned my son was eating chicken and my daughter-in-law was horrified when she first learned as a child that people ate chickens. Couldn’t we call them something else? Many Americans who eat possums and squirrels without feeling the need to call them anything other than what they are.

It seems we carnivores need to disassociate only some of the time.

At this point I assume any vegetarians in the audience have gone screaming into the night. And they have a point. There are certain things we might be less likely to eat if they were called by their actual names. Chilean sea bass is Patagonian tooth fish. Mahi-mahi is dolphinfish and not dolphin, but the marketing gurus knew people wouldn’t want to feel they were being asked to eat Flipper.

We have been advised, through lore, that among the things we should not see are how sausages and legislation are made. The word sausage is derived from the French saussiche, which derives from the Latin salsus, meaning salted. Sausage making evolved from a traditional method of preserving meats through the use of salts and spices in the process of curing, drying, or smoking. So far so good. But when we get to the notion that the casing of a sausage is traditionally made from the intestines of an animal, things start to get shaky.

Where things would fall apart completely would be in the contemplation of what else may be in that sausage besides actual meat and spices. In the quest for profits, the sausage making industry met the legislation making industry and won the right to define meat very loosely. Enter fillers. Ground up parts of animals that have little or nothing to do with meat became acceptable and legally permissible as fillers to add bulk. So did grains and cereals, another way to increase the weight of a sausage without increasing costly meat products. Then it became OK to mask the identification of the ingredients on the labels to the point where it has become difficult if not impossible to know what’s in the mass produced sausage you may be offered in the market or on the menu.

None of this has stopped me from eating sausages. Of all the things on which I have had to cut back because of my coronary bypass surgery, sausages are one of the most difficult.

The matter of carnivorous disassociation can get mystifying at times. Would people be less likely to eat pig chops or pig loin than they are to eat pork chops or pork loin? What if “cracklins” were offered up as what they actually are – pig fat. In England and Australia pork roasts are sold in butcher shops with the fat and skin in place. The roasted meat comes out of the oven complete with a delicious layer of “crackling”. Still wondering why I ended up having bypass surgery?

Bulls’ testicles are offered up as Mountain oysters, or Prairie oysters for reasons that seem obvious. It probably started as some cowboy’s joke – a way to have fun at the expense of some visitor from the east. I’ve never tried them. Probably never will.

The name sweetbreads is not just a euphemism behind which to hide the identity of the real item. More likely the name evolved from two different sources: the sweet from the English identifying the sweet and rich flavor of pancreas and thymus and bread from the Old English word for flesh to identify the consistency of sweetbreads.

No matter what the history, sweetbreads is far more marketable than pancreas or thymus gland. Or is it? If we need to hide sweetbreads, pig, cow and deer behind euphemisms, why not kidney, heart, tripe, liver, brains, or tongue?

There’s no better example of complete epicurean euphemistic obfuscation than head cheese. It isn’t anything even resembling cheese. It’s more of a terrine, or aspic that includes bits of meat from the head of a calf or pig, mixed into a jelly made by boiling the head and flavored with onion, black pepper, salt, vinegar and bay leaf. Sometimes the heart and/or tongue are included. Other times they are kept aside for other dishes. It’s all cooked into a loaf-type mold, sliced thin and served chilled or at room temperature. It’s often served as sandwich meat.

I’ve eaten head cheese all my life – not so much since the bypass surgery. What else could we call it if not head cheese – terrine of cows’ heads? And who first decided to call it head cheese?

By now you may be wondering how I wandered off on this tangent. Well, I’ll tell you. It comes from my own lifetime of adventurous eating. My mother served calves heart at home as a delicacy; fried chicken hearts were prized in our house, and mom regularly treated herself to a plate of cows brains.

Then there’s the fact that I married a Brit. When it comes to naming edibles, no one surpasses the Brits. Who else would come up with names like bangers and mash, bubble and squeak, the previously mentions spotted dick, or toad-in-a-hole for what are fairly ordinary dishes?

Bangers and mash are simply sausages and mashed potatoes. Bubble and squeak? That’s left over potatoes and cabbage, mashed together and fried. Spotted dick is a dessert – a sponge pudding of suet, raisins and golden syrup. As for toad-in-a-hole: sausage and Yorkshire pudding served with vegetables and onion gravy. And remember the Brit’s swear by something called “mushy peas”.

While it may be fun to poke fun at some of the names the British attach to food, Americans should be careful about casting stones. Any American, who has been in the armed services, is familiar with SOS – S#@t on a Shingle, chopped beef in an awful white gravy served on white bread served in mess halls far and wide. And then there’s squab, a way of not recognizing that we are eating the same scavenger birds that perch on the heads of statues in public squares – those rats with wings known as pigeons.

The New York deli Zabar’s changed the name of the Lobster Salad they served for 20 years when it was discovered the dish included crayfish, but no lobster. On the menu it now is called Seafare Salad.

All of this is of little or no interest or consequence to the 35 million Americans classified by the Department of Agriculture as “food insecure”. That’s the new term for people who don’t have enough money or resources to get food. I guess that’s one sure way to cure the hunger problem. Just don’t call it hunger anymore.