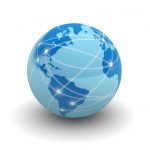 Food tourism probably dates back centuries to the invention of pocket-sized currency, a giant step that first allowed early travelers to pay for meals with coins instead of chickens or spare relatives.

The evolution of dining excursionism traces to the appearance of wandering hunters and gatherers, followed by road creation, the advent of disposable wealth and the launch of Food TV and online restaurant reviews. (Boat-making, horse domestication and empire building were likely on the same chronology chart, as was transformation of Holy Days into holidays, but you get the idea).

A few things have changed since ancient times. I don’t suppose even the most adventurous Iron Age Italians were apt to say, “I hear they’re serving something called pasta in China. Let’s go try it.” But sometime between their time and ours, tourists discovered a taste for regional preparations unavailable at home. More importantly, they learned how to find them.

And, as they did, the desire to see art galleries and national monuments started playing lesser roles in itineraries featuring food destinations.

It’s all there in my abridged version of how culinary tales from the earliest old world Silk Road merchants evolved into a cable channel and food blog industry uncovering home-schooled menus from every corner of the globe.

Accept my version of history or not, but my personal travels tell me television and blogs have stimulated a new kind of tourism – the hunger for regional comfort food prepared by new cooks and old souls who can ignite the imagination, arouse our admiration and fill our bellies with authentic local dishes.

And best of all, they are proud to offer a signature taste of their community culture, using recipes that have been keeping people happy for generations.

Here is a salute to a few of them.

Dooky Chase: New Orleans. Featured on the Travel Channel. http://www.dookychaserestaurant.com
You can eat fried chicken or fried oysters in California. But they’re not Dooky Chase’s. Dating back to 1941 in what is now the 5th Ward, it was one of the original civil rights gathering places before racial integration was legal.

Ray Charles sang about it and Louis Armstrong and Thurgood Marshall had favorite dishes there. Thanks to local residents it bloomed back to life after
Katrina. With its rebirth, comes the astonishing collection of African American art and authentic southern and Creole cooking. And sweet potato pie.

DiPasquale’s Marketplace: Baltimore. Featured on the Food Network’s Diners, Drive-ins and Drives. http://www.dipasquales.com
If you are looking for food-as-culture, try DiPasquale’s. It’s a family-run Italian market, take-out deli and restaurant featuring sausage, cheese and pasta made in their kitchen.

For traditional, authentic and delicious, order the arancini. The word means “little oranges” but the dish is actually Sicilian fried rice croquettes stuffed with cheese, vegetables and/or meat served in a shallow pool of marinara sauce. Homemade the way an Italian grandmother would make it – if she were a great cook.

The Nook: St. Paul. Featured on the Food Network’s Diners, Drive-ins and Drives. http://www.crnook.com
Remember those Iron Age Italians, who probably didn’t set out to try the pasta in China. Well, there is a vague chance they may have asked each other, “Have you had your nookie today?” But I guarantee they weren’t referring to the burger served at the Nook in St. Paul, Minn.

This region invented the Juicy Lucy – a burger with the cheese in the middle of the patty and the Nook serves a version they call the juicy nookie supreme. It may not be the sole embodiment of northeastern culture. But it’s part of it. And a real fine burger not found anywhere else.

It’s all part of food tourism and the growing ease with which we can find and sample regional staples. There’s barbecue, etouffee, scrapple, beignets, Skyline chili on spaghetti, shoofly pie, chili adobado, schnitzelwiches, Ted Drewes’ frozen custard concretes, shrimp poboys, pit beef, crab cakes, hushpuppies, ham and red-eye gravy and Chicago dogs and so much more. Regional specialties worth a try – some more than others.

They are all dishes to seek out. Reasons to be a food tourist.