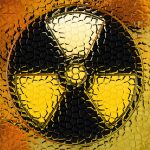 A man walks into a sushi bar and asks, “Where is your uni from?”

I’ve been known to eat sushi four or five times a week – sometimes for lunch and dinner in the same day. Whenever I order uni (sea urchin), I ask if it’s from Santa Barbara or Japan. It’s an affectation borne of the pride I take in knowing the difference and being aware that our local Santa Barbara uni is some of the finest in the world.

No matter the answer to my question, I order the uni anyway. The taste and texture of each is delicious. But from now on and for the foreseeable future I’m going to lay off the Japanese uni. I’m also going to stay away from Saba (Japanese mackerel), diamond salmon imported from Japan and any other seafood imported from Japan. I’ve even thought about the more extreme option of passing on any seafood caught in the Pacific Ocean.

Paranoid? Not at all.

I just know enough about radioactive fallout and cover-ups by government agencies and nuclear utilities to disbelieve any assurances about the radiation released at the Japanese plants.

My credentials? I wrote the first draft of what became the Nuclear Safeguards Initiative that was on the ballot in seven states in 1976. It was the draft that shifted the subject from federally pre-empted regulation of nuclear power to a matter of land use, which is in the purview of state and local government. I then co-managed the California initiative campaign and consulted on nuclear safeguards campaigns in 6 other states. When it was over, I stayed on as political consultant to Californians for Nuclear Safeguards until the organization dissolved a few years later. In the decades since I remained attentive to the problems inherent in the operation of nuclear power plants and the seemingly never-ending attempts to cover up those problems. It would be safe to say I know and understand more about the operation of a nuclear power plant and the subject of radioactive releases from nuclear plants than most lay people.

So, when I read now that Japanese government and nuclear power plant officials assure the public that there is cause for caution with regards to infants and young children but no threat to human health beyond that, I flat out don’t believe them. It’s what they always say in the immediate aftermath of an accident and as the weeks and months go by, and the media focus fades, those assurances often turn out to have been overly optimistic if not outright false.

In the early days after the Japanese disaster radioactivity was found in some 11 crops plus cow’s milk in a radius of 75 miles of the Japanese plant. Radioactivity was been found in the water supply in Tokyo, some 150 miles from the plant. Japanese officials are seen on television with hand held monitors as they scan leafy spinach and other produce. Some tests reportedly find no radioactivity; some find levels double the legal limit; some registered 27 times the legal limit.

Yet the Japanese government’s chief spokesman said, “These are not levels that are dangerous to human health.”

It helps to remember that the so-called “legal limit” is arbitrary and has shifted and changed over time. The simple fact is that no amount of extra exposure to or ingestion of radioactive material is safe. It’s just a question of how unsafe it is.

The same is true of assurances that the amount of exposure is less than that received from an x-ray, or CT scan, or on a cross country airplane flight. That’s just obfuscation – double talk. The radiation from each of those sources is different from what is emitted during a release at a nuclear power plant.

Gregory Hartl, a spokesman for the World Health Organization, told the Associated Press, radiation ingested in food can accumulate in the human body and poses a greater threat than radioactive particles in the air. That’s one of the primary differences between radiation emitted from a nuclear accident and doses received through an x-ray. The former is ingested; the latter isn’t.

Now, let’s get back to that sushi bar.

All the crops and milk that has shown signs of radioactive contamination in Japan are land based and, with the exception of the drinking water in Tokyo, reports are that it is within that 75-mile radius of the plant. What is left out of the equation is the other half of that radius – the 75 miles east of the plant that turns radius into diameter. That’s the Pacific Ocean. No one is talking about the radioactivity that traveled in that direction, where there are no spinach or milk cows, but there is plenty of sea life.

Just days after the nuclear plants were ripped apart and long before any government or nuclear industry official warned of a release of radioactive material, radiation was detected on a U.S. war ship some 60 miles off the east coast of Japan. Less than a week after the explosions and fires at the Japanese nuclear plants, increased levels of radioactivity was found on the west coast of the U.S. – not just on the shoreline but as far east as the agricultural areas of Inland Empire. Unless that radiation leapfrogged across the ocean to the Golden State it is an absolute certainty that quantities of radioactive particulates have been deposited in the Pacific. There they have become part of the food chain, to be ingested by the sea life. And the closer to the shores of Japan the more likely it is that the concentrations would be greater, just as it is with contamination of closer to the inland side of the plant.

Statements by government officials in Japan and the U.S., who try to downplay the potential risks of radioactive contamination and risks to public health, are right out of the pages of the nuclear industry play book, which was written by California political consultants in 1976. That play book commands: always minimize, obfuscate, downplay and distort; never admit things are bad; always reassure there is no threat to the public health; always remind people that no member of the public has ever been killed or injured by an accident at a commercial nuclear reactor; and always remember that the media will stop paying attention after a relatively short time.

How do I know this? I was there, at a conference in Las Vegas in the 1970s when those consultants instructed officials of nuclear plants from around the world in how to improve their public relations operations.

So, when I read that “top government spokesperson Yukio Edano” says in Japan the levels of radiation detected in agriculture “aren’t readings that would affect humans” I just shake my head. And when he continues to say, “Eating food with radioactive levels exceeding provisional limits isn’t going to affect your health,” I wonder if the media ever will catch on. If there is no danger from “exceeding provisional limits” then why do we have those limits?

Caroline Smith DeWaal, director of food safety at the Center for Science in the Public Interest, told news agencies “food safety is definitely a concern for people in the area (of the Japanese plants) but not really a concern for U.S. consumers.”

She pointed out the U.S. gets less than 4 percent of its food from Japan and most of it comes from areas far from the affected area. Fallout can poison fruits and vegetables in the fields and the animals that eat them, but the effect is concentrated locally. Japanese fishermen, she continued, often travel deep into the Pacific Ocean to catch their hauls and “it’s a big ocean that will likely dilute out (the particulates) and not be a major issue.”

Coming from that source, those assurances are comforting. Not so comforting, however, is another DeWaal statement: “I think it’s certainly a good question whether the next crop of tea (imported from Japan) would be safe.” But she went on to say she has faith in the Japanese and their food inspection system. The Japanese government is a leading international force for high food safety standards, she said.

Then, too, until just a short time ago Japan was considered to be the best prepared nation on earth in terms of earthquake and tsunami safety.

Another statement by DeWaal may be an additional cause for alarm. She points to a study of five years worth of data taken after the Chernobyl nuclear plant disaster of 25 years ago. It concluded that 1.4 percent of the foods imported in the U.S. were contaminated above safety limits. That in spite of the careful monitoring by the same agencies that claim to be safeguarding us now.

The U.S. Food and Drug Administration (FDA) says it is prepared to screen Japanese imports and its labs have “validated analytical methods” for detecting radiation in food. An FDA statement, released about a week after the disaster in Japan, announced “FDA import investigators operating at ports of entry have radiation detection devices available to them for their personal safety. These radiation pagers are extremely sensitive and can help to identify shipments of potential concern to target for laboratory analysis.”

Left unanswered, however, is the question of how all that contaminated food got into the country after Chernobyl and what sliding scale of standards will be applied to what is acceptable as the calendar continues to push the Japanese disaster further into history.

Some sushi restaurants in Asia reportedly dropped fish from Japan from their menus in the immediate aftermath of the nuclear accident. Within a week of the Japanese disaster I was offered imported saba (Japanese mackerel) at two different Los Angeles sushi bars. I ate it both times and then started to think about what I was doing. The uni I had at one of those sushi bars was from Santa Barbara and the other from Alaska.

Pacific storms have swept down from Alaska through the northwest for the last 10 days. Along the way they almost certainly gathered up air-borne particulates spewed into the atmosphere from the Japanese nuclear plants. It gives me pause. I’ve already had a bout with cancer and my family history is heavy with cancer deaths. Still, I love sushi and would miss it dearly if I decided to stop eating it.

If I were younger the decision might be a lot easier: stop eating stuff that can carry cancer causing elements to your thyroid, bones and bone marrow. But isn’t that true of a lot of other things in addition to sushi.

I’m rushing up on my 72nd birthday. On an actuarial table, continuing to eat sushi probably doesn’t rank high on the chart of risks. But what does it benefit me to eat sushi if doubts are going to fester with every morsel?

As in so many things in life, the answer most likely lies in moderation: cool it on the sea food that comes from close to the shores of Japan but worry less about the fish taken further out where the radioactive particulates are more disbursed and less likely to be found in a particular fish. It will be like playing the lottery and hoping I don’t get the winning number.

As for uni, it grows mostly in kelp beds, coral reefs, rocks and sandy lagoons. In other words, close to shore. And they eat seaweed, sea grass and algae. In other words stuff to which radioactive particulates are most inclined to attach. So, for the foreseeable future, maybe for the rest of my time, I’ll stick to what comes from Santa Barbara and Alaska and pass on the stuff imported from Japan.