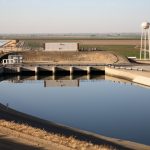 Chapter One – July 9, 2010 – A FOOD LOVER’S TREK tracks the travels of Table Talk editor Larry Levine and his wife Jennifer as they make their way by auto, ferry, plane and train from Los Angeles to Fairbanks Alaska and back. A new chapter will be published every day as long as they can connect with the Internet.

There could be no more appropriate place to start a food lovers trek from Los Angeles to Fairbanks Alaska and back than in the Great Central Valley of California, where some 13% of the nation’s food is produced on 1% of the nation’s agricultural land.

I’ve never understood people who find the drive along the spine of this state boring. With a son who attended grad school in Sacramento, worked in the legislature for several years and then served three terms in the State Assembly, another son who lives with his wife and our two grand children just outside Seattle Washington, and a wife who hates to fly, I’ve driven Interstate 5 through the Central Valley and beyond. I still find it inspiring to see what human effort has produced out of what is a desert.

If the Central Valley of California were a separate state it would be number one in the nation in agricultural output. From this irrigated desert land comes food to feed the state, nation and world.

Yet, as we drove north today from L.A. to the olive capital of Corning, we saw a landscape dotted with signs that read:

Other signs carried the names Boxer, Pelosi and Costa (U.S. Sen. Barbara Boxer, House Speaker Nancy Pelosi, and Congressman Jim Costa) in a circle with a line through it and the words “must go” below it.

These signs stand in the foreground. Behind them, stretching as far as the eye can see are lush fields of tomatoes and corn and trees heavy with the burden of almonds, walnuts and fruit. It leads one to wonder what it is that these farm folk are talking about with their signs.

They clearly need a new public relations agency. Instead of the paranoia spoken in these signs, they should be posting signs bragging about what is achieved here. There should be signs informing motorists what is being grown in each field. There should be signs boasting “California’s Central Valley / Number One in the world in food production”.  I understand they have real and often severe water problems. But so do the cities of central and southern California. The ag community should be looking for allies in urban California. Instead, they treat the rest of the state as enemies. And with their signs they are speaking essentially to themselves.

As we drove today I gazed out the window at freshly plowed fields, with straight rows stretching from the roadside to the horizon, waiting for the planting that will yield the next bounty. There were newly planted fields, painting the ground with a carpet of green. Workers were harvesting crops and repairing watering systems; bales of wheat and alfalfa were waiting to be collected. I looked out at fields of table grapes, citrus trees, peaches trees, cantaloupes, apple trees, almond and walnut trees bending under the weight of the latest crop waiting to be picked. Dairy cows gave off their aroma in some places and in others the smell of onions waiting to be harvested filled the air.

It’s a miracle and perhaps the greatest miracle is the California Aqueduct as it threads through the valley recalling a time when Californians and their leaders greeted the opportunities presented to them with courage and optimism.

Overhead I saw transmission lines carrying electricity to the cities and it brought to mind the myopia of those who advocate alternative energy today but oppose the construction of the transmission lines that are needed to bring the power to the places where people live.

Still, for all its difficulties and idiosyncrasies, in spite of its political conservatism and distrust of outsiders, I find the 500-mile stretch of the San Joaquin and Sacramento Valleys that combine to form the Central Valley and the human achievement apparent here to be inspirational.

To round out this piece let me mention few of roadside eateries that present themselves along today’s route. Southern most of these is the Ranch House in Gorman. For eggs with meat – bacon, sausage, ham, steak, or pork chops – with potatoes and coffee this is a winner.

At the Buttonwillow off ramp – where Highway 58 intersects with the Interstate – there is the Taco Truck recommended by atLarrys.com co-host Jim Tabilio (http://www.atLarrys.com). It’s no longer just a taco truck; there now is a shed attached to it for protection from the sun and a place to sit and eat.

Next up comes Harris Ranch, a sprawling restaurant, where 95% of the customers are travelers, according to our waitress. It’s at the junction of Highway 198 at exit 334 off the Interstate. Here beef is king. There are other things on the menu, but their main purpose seems to be to serve you some kind of beef with eggs, or in a salad, or on its own with potatoes. Harris Ranch is where the obese meet to eat and make sure they don’t lose any weight while sitting still in the car doing nothing. If you have any doubts about America being an obese nation, just walk through Harris Ranch at noon some summer day. The largest portions of food are in front of the most overweight people. But the food is good and Harris Ranch also is recommended at atLarrys.com. It’s on my page.

Finally, there’s Nancy’s Airport Café, a recent find right off the Interstate in Willows, about an hour north of Sacramento. You can read about Nancy’s also on my page at atLarrys.com. It’s a genuine farm country restaurant that lives on the quality of what it serves to locals and visitors.

Always important as I travel this stretch of the I-5 is the bird count, particularly Red Tail Hawks. Today we saw just two, not unusual for the hot summer months. On a trip from L.A. to Sacramento in December 2002 we counted 167 Red Tails sitting on fence posts and light polls, undoubtedly counting the cars going by.

Tomorrow: on to Salem Oregon.