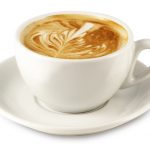 Jennifer and I once stood in the center of Union Square in San Francisco and couldn’t see a Starbuck’s Coffee shop in any direction.

I phoned my son John, who used to work at Starbuck’s headquarters in Seattle, and said, “I’m standing on the only spot on earth from which you can’t see a Starbuck’s.”

“Walk to any corner of the square,” he answered.

I walked to the corner of Post and Geary and sure enough, I saw two Starbuck’s. John was correct. No matter which corner of Union Square I stood on, I could see a Starbuck’s.

Now, however, I have found a place – a whole city of some 26,000 people – with not one single Starbuck’s Coffee house. It’s Grants Pass Oregon, the town that Starbuck’s forgot.

When we returned from dinner last night, I asked the young woman at the front desk of the Holiday Inn Express for the location of the nearest Starbuck’s so Jennifer could run out for her traditional morning Latte.

“Medford Oregon,” the young woman replied. “This is the home of Dutch Bros. Coffee. There is no Starbuck’s.”

Dutch Bros. Coffee was founded in Grants Pass in 1992 by Dane and Travis Boersma. It claims to be the largest privately-help, drive-through only coffee company in the nation, with more than 130 locations in Oregon, California, Washington, Idaho, Nevada and Arizona. The company still maintains its corporate headquarters in Grants Pass along with about a dozen drive-through locations. The company‘s web site says, “Each store serves a large variety of specialty coffee drinks made with a premium private bean blend and roasted fresh daily.” The company grossed more than $23 million in sales in 2008, the latest year reported, and donates one percent of its gross sales to nonprofit organizations to the communities in which it has locations.

I never heard of Dutch Bros. Coffee until last night. But the folks in Grants Pass certainly are proud of it and its heritage in the city. Whether Starbuck’s was advised to stay out or opted to not take on this local institution is not known.

Chapter Sixteen – July 28, 2010 – A FOOD LOVER’S TREK tracks the travels of Table Talk editor Larry Levine and his wife Jennifer from Los Angeles to Fairbanks Alaska and back. This morning  we return to California, where we will spend a night visiting friends in Ferndale and then two nights visiting friends in Aptos Beach before heading for home. If you are enjoying these writings please pass the link on to a friend – http://www.TableTalkatLarrys.com